Gong Yoo meets with fans for 10th year since debut 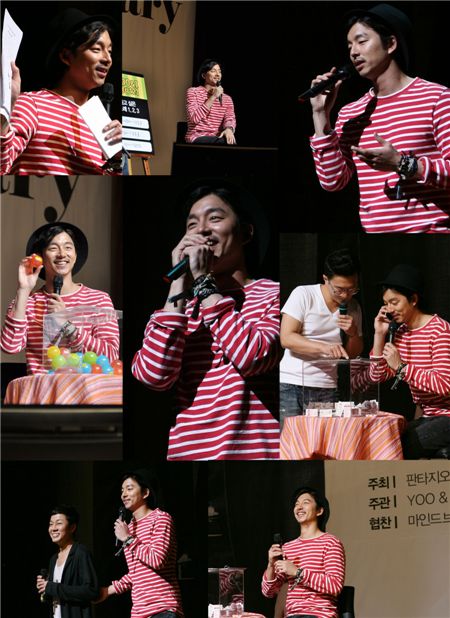 Actor Gong Yoo held a fan meeting over the weekend to celebrate the 10th year since his debut, according to his agency fantagio on Tuesday.

A press release by fantagio stated that Gong met with about 1,000 fans from both home and overseas at the event held for three hours in Seoul on Sunday.

At the event, Gong and his fans watched a video containing his filmography, held a Q&A session and Gong sang for his fans as well.

He teared while watching a video his fans made for him and explained, "I think I was moved by how you said, 'We will love and support actor Gong Yoo and human Gong Ji-cheol forever'. I thank and love you for being by my side".

Gong, 32, whose real name is Gong Ji-cheol, has appeared in more than a dozen television dramas and films since his debut in 2001 and became a household name throughout Asia after starring in the 2007 hit TV series "The 1st Shop of Coffee Prince".

His next project is movie is "The Crucibles", co-starring actress Jung Yu-mi, which is set to hit theaters on September 22.

"Gong Yoo meets with fans for 10th year since debut"
by HanCinema is licensed under a Creative Commons Attribution-Share Alike 3.0 Unported License.
Based on a work from this source