Gong Yoo: 'I Just Began Second Act of My Life as Actor' 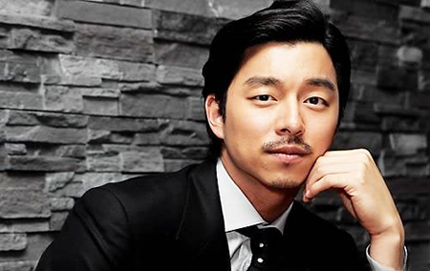 Gong Yoo, who plays a teacher at a school for the hearing-impaired named "Kangin Ho" in the movie "Silenced", said, "I debuted ten years ago, and it is like acting in the second act as an actor. I want to be more interested in what I want to do and I want to express more about myself".

Gong Yoo gained huge popularity from many of his female fans with his appearance in the drama "Coffee Prince", and this time, he perfectly presented dignified acting in "Silenced". The movie is based on the novel with the same title written by the writer Gong Ji-young, and the story was based on the true story that happened in a school for the hearing-impaired. Gong Yoo plays teacher "Kangin Ho", who tries to find out the truth and stands by the weak. The movie will reveal the process of fighting in court against powerful people who had sexually assaulted disabled children, so actors who will present those processes need to be able to express some degree of dignified acting.

After a press preview held at Wangsibri CGV on September 6, Gong Yoo asked not to regard his appearance in this movie as only a trial to make a transformation in his acting. He said, "I actually did not like all those characters that I had appeared as so far; sometimes I just decided to appear in a work only to build my career as an actor. I came to become more honest after I came back after finishing my military obligation because I came to say out loud something that I could not say before. Now I think that I am living in the second stage of my life as an actor, so I want to do something that I really want to do instead of doing something to show myself to others". 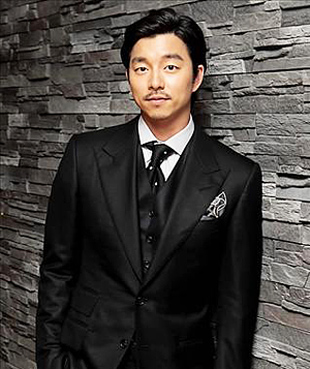 He already celebrated his tenth year since his debut this year, and he said, "I think that my filmography of my twenties and thirties will be very different if I will look at them after ten years. When I was young, I used to complain that people did not recognize me and why people evaluated me only by the works in which I appeared, but I became more generous regarding those points as I grew older. Their evaluation only based on my appearances was very natural because they did not have a chance to talk to me". Asked about his taste in movie, he answered, "I tend to watch many movies regardless of the genre, but I usually like a well-made movie even though it could be uncomfortable to easily enjoy and watch compared to those that are very popular". He chose the movie "Incendies", which was made by the Canadian director Denis Villeneuve, for the most impressive movie among those he watched recently.

His decision to appear in "Silenced" was not a sudden transformation for him. He read the original novel when he was in the military. He received the book "Silenced" as a present when he received a promotion in the military and he immediately fell in love with the novel. He was reportedly shocked very much when he first read the book. He said, "The story was written based on a true story, but it seemed to be a lie at first. I could not understand this kind of incident happening in this society and I was very scared about the fact. I was also very upset about the protagonist Kangin Ho's behavior in the novel because he seemed to try to escape from the situation shamelessly, but I realized later that his appearance was exactly what we are now. I have come to look back on myself while I am thinking about In Ho's various emotions of agony, anger, fear, and courage". But filming the movie of the story gave too much emotional pain to Gong Yoo. He said, "As filming began, I felt pressure and I regretted that I had decided to appear in this movie simply with my desire. I did not want to have a good evaluation about my acting, but I want to be responsible for this movie. I thought that the audience has to follow the emotion of In Ho while watching the movie, and I should make them identify with him through my acting. I have always agonized while filming this movie because people might feel unfamiliar with my different serious acting in the movie even though I am personally very familiar with this kind of dignified and serious movie. So I felt too much pressure and I was totally exhausted after finishing filming this movie". 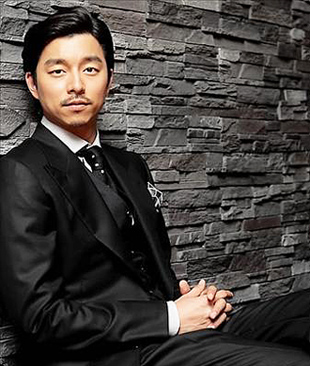 He watched the completed movie for the first time at the preview, and his eyes were filled with tears after watching the movie. He said, "I never expected it, but I have come to think about my feelings and emotions that I had while filming the movie, even though I filmed the movie a long time ago, as I watched the movie on a huge screen and with good sound. I even became very sensitive about any trivial scene that others might overlook". He revealed that he could not free himself from his character "Kangin Ho" for three months while filming the movie. He said, "After finishing the movie, I found that I could not socialize with my friends. People were all laughing, but I could not, and I felt like I was sinking down. I might have been emotionally sick at that time. But I definitely filmed the movie happily as an actor more than any other work, even though the story of the movie was very painful".

What message did to try to convey with this movie? He said, "I heard that the writer, Gong Ji-young, actually participated in a street demonstration while writing the novel when she read the news about the victims in the newspaper. All the staff members might have the same feelings as the writer, and I hope that the audience who watches this movie will feel the same way after watching this movie. Gong Ji-young calls it "nest building in our minds". I believe that if more people have a feeling of justice in their minds, it will be able to generate huge power someday". 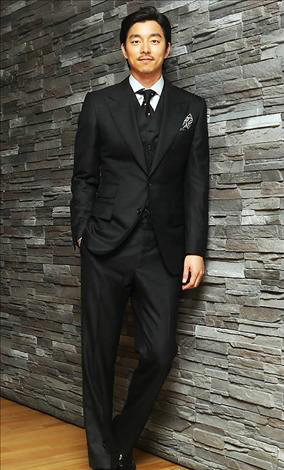 Asked about his feelings after celebrating his tenth year since his debut, he answered, "It could have no meaning at all, but anyway, I want to congratulate myself because I have stayed in this entertainment business for ten years without committing any huge mistake because I had thought that I was not suitable to this environment. I had not wanted to become an actor before, but now I am most happy when I am standing in front of a camera. When I was in my twenties, I was under stress while agonizing too much about my career, but I have become more relaxed in my thirties. I do not know how long I will be an actor, but I want to become an artist whom other people will evaluate by saying, 'this actor is different from other actors' when I quit my job many years later. His only hope is fashionably getting old. He said, "My ideal appearance to become like the Hollywood actor and director Clint Eastwood. His face is acting itself. His wrinkles and voice are all like acting. Every drama is reflected in his grey hairs and wrinkles on his face. I want to grow old and live well not only as an actor, but also as an ordinary person".

"Gong Yoo: 'I Just Began Second Act of My Life as Actor'"
by HanCinema is licensed under a Creative Commons Attribution-Share Alike 3.0 Unported License.
Based on a work from this source