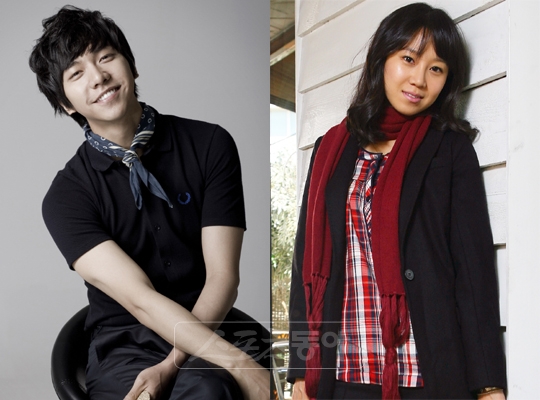 Gong Hyo-jin and Lee Seung-gi will set out as rating relief pitchers.

The two people are most likely candidates for the MBC drama due this June, "The Greatest Love". They are currently adjusting minor details. They haven't signed contracts yet but chances of them being on board are very high.

Gong Hyo-jin is known as the viewer rating magnet. That is because of the fact that every MBC drama she has done had an average of 20% or more. Even the drama "Pasta" last January started off with a single digit rate but when it finished, it was near 30%.

This is the first MBC drama for Lee Seung-gi. He confirmed his abilities in SBS. SBS 'Shining Inheritance" in 2009 he was lead in went up to 45% and "My Girlfriend is a Gumi" also recorded mid 20%. The drama they are to cast in is a romantic comedy with the entertainment at base.

Park Hong-gyoon from "Queen Seon-deok" will be directing and sister writers Hong Jeong-eun and Hong Mi-ran from "My Girlfriend is a Gumiho" will have the scripts.

Lee Seung-gi and the Hong sisters have once worked in the drama mentioned above. Their tight relationship also helped Lee Seung-gi come on board for the new drama.

MBC has been in a rating slump for the past year. "My Princess" with two top stars Kim Tae-hee and Song Seung-heon even didn't make it to 20%. To reinstate MBC to "drama kingdom", the Gong Hyo-jin and Lee Seung-gi card is something different.

"Gong Hyo-jin and Lee Seung-gi as rating relief pitchers "
by HanCinema is licensed under a Creative Commons Attribution-Share Alike 3.0 Unported License.
Based on a work from this source