"Goddess Of Fire Jeongi", the sync between kid and grown up casts

The sync between the kid and grown up casts in the MBC drama "Goddess Of Fire Jeongi" is unbelievable.

A picture of the cast was released on the 15th. The compare and contrast collage of Jin Ji-hee, No Young-hak and Park Gun-tae, the younger cast and Moon Geun-young, Lee Sang-yoon and Kim Beom is fun to see.

Lee Sang-yoon and No Young-hak in the role of Gwang-hae have the same pose when Gwang-hae is concerned about something. Mon Geun-yeong and Jin Ji-hee, Park Gun-tae and Kim Beom, Seo Hyun-jin and Kim Ji-min, Oh Seung-yoon and Park Gun-hyung, Lee In-sung and Lee Gwang-soo are also compared the same way.

Netizens say, "They look like real sisters", "They are so pretty", "I can't wait for the romance" and more.

Meanwhile, the previous episode of the "Goddess Of Fire Jeongi" showed Jeong-I (Jin Ji-hee) giving Seon-jo (Jung Bo-suk) a piece of china made by her parents and showed that she wouldn't give up until she became the greatest potter. 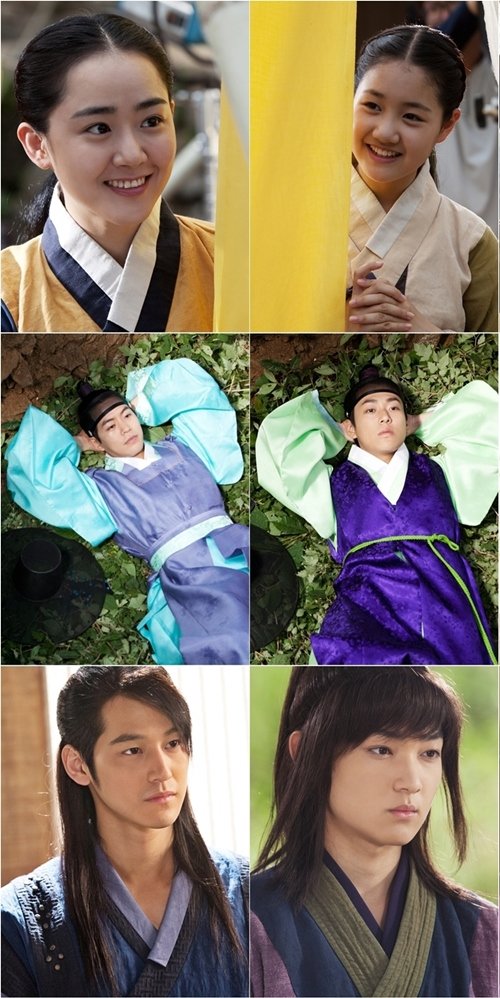 ""Goddess Of Fire Jeongi", the sync between kid and grown up casts"
by HanCinema is licensed under a Creative Commons Attribution-Share Alike 3.0 Unported License.
Based on a work from this source