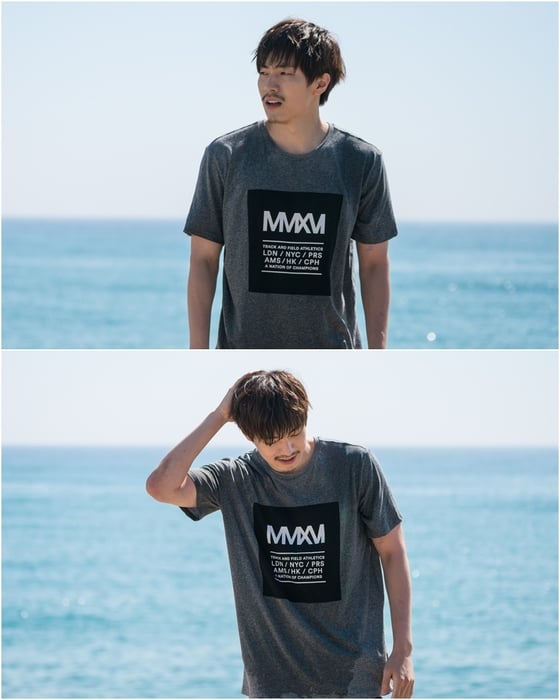 Actor Choi Hyuk is drawing attention after he has had his face recognized through his role in "Oh Hae-Young Again" successfully.

Choi Hyuk plays Lee Joon, an employee in a recording room working for Park Do-gyeong in tvN's Monday & Tuesday drama, "Oh Hae-Young Again". While his character in the drama is receiving much love from the drama fans, the attention on the actor Choi Hyuk is also getting bigger.

Choi Hyuk's character Lee Joon is a hard-working member of the recording studio led by Park Do-gyeong. The youngest member of the studio working along with the other members, Park Hoon (Heo Jung-min), Gi-tae (Kim Ki-doo), Sang-seok (Jo Hyun-sik) is receiving much support from the drama fans.

Although he is growing moustache to express his character who works hard day and night, his tall physique, handsome face and friendly image help him show off the strong screen presence. Especially, while he is still a rookie actor, his stable acting performances is garnering favorable reviews.

Since Choi Hyuk debuted playing his role in KBS "Producers" as a fellow PD of Kim Soo-hyun, "Oh Hae-Young Again" is his second drama. He also has appeared in movies, "Enemies In-Law", 'Kwon Bob: Chinatown', and the forthcoming "The Princess and the Matchmaker".

"From 'Producers' to 'Oh Hae-young Again', rookie actor Choi Hyuk shows off strong screen presence"
by HanCinema is licensed under a Creative Commons Attribution-Share Alike 3.0 Unported License.
Based on a work from this source