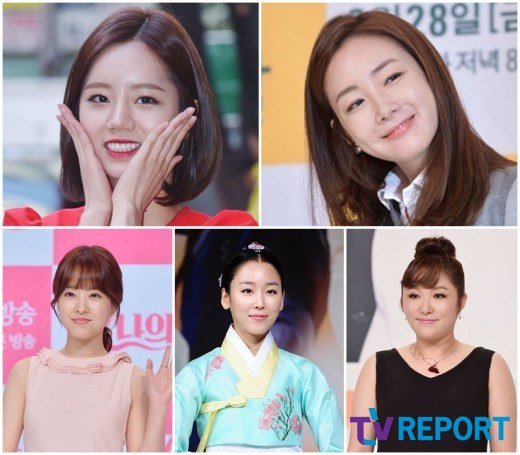 tvN is known for its dramas. It's become irreplaceable with continuous successes since the "Respond"/"Answer Me" series, "Incomplete Life" and more. Here are 5 top dramas from tvN.

"Let's Eat - Season 2" from April last year was a mix of romance and mystery. Actor Kwon Yool even kept his promise of giving out rice balls to the office workers in Gwanghwamun to celebrate the 3% marking of the drama.

"Rude Miss Young-Ae Season 14" was the first of its kind to be broadcast twice a week. It was highly popular and was always the topic of conversation. Its highest record was 3.4%.

The chemistry of the cast was needless to say. The addition of Kim San-ho, the original member helped to bring up the romance even more. However, Kim Hyun-sook, Kim San-ho and Lee Seung-joon's never ending romance was a flaw. 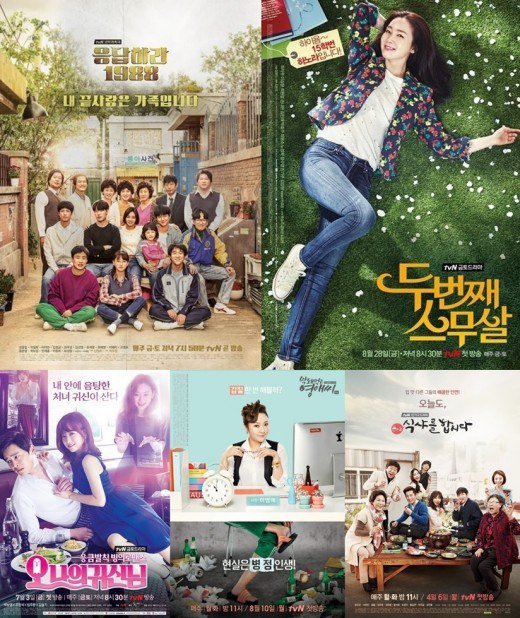 "Oh My Ghostess" started off well with the crew from "The King of High School Manners" and actress Park Bo-young.

Park Bo-young played two roles. She was a shy kitchen porter and a lewd virgin ghost. She kept the distance between them well and was the perfect match with Jo Jung-suk. The story was quick and absorbing with the right mix of mystery and romance.

"Twenty Again" was Choi Ji-woo's first tvN drama and it was the second time writer So Hyeon-kyeong and actor Lee Sang-yoon came together.

The quality was outstanding. So's detailed characters and compassion stimulated the viewers. Choi Ji-woo and Lee Sang-yoon's coming together also played a big part in bringing up the percentage.

The series has created a new generation of stars such as Hyeri from Girl's Day, Ahn Jae-hong, Ryu Jun-yeol, Ryu Hye-young, Lee Min-ji and others.

"From Deok-seon to Yeong-ae, the 5 goddesses who saved tvN"
by HanCinema is licensed under a Creative Commons Attribution-Share Alike 3.0 Unported License.
Based on a work from this source