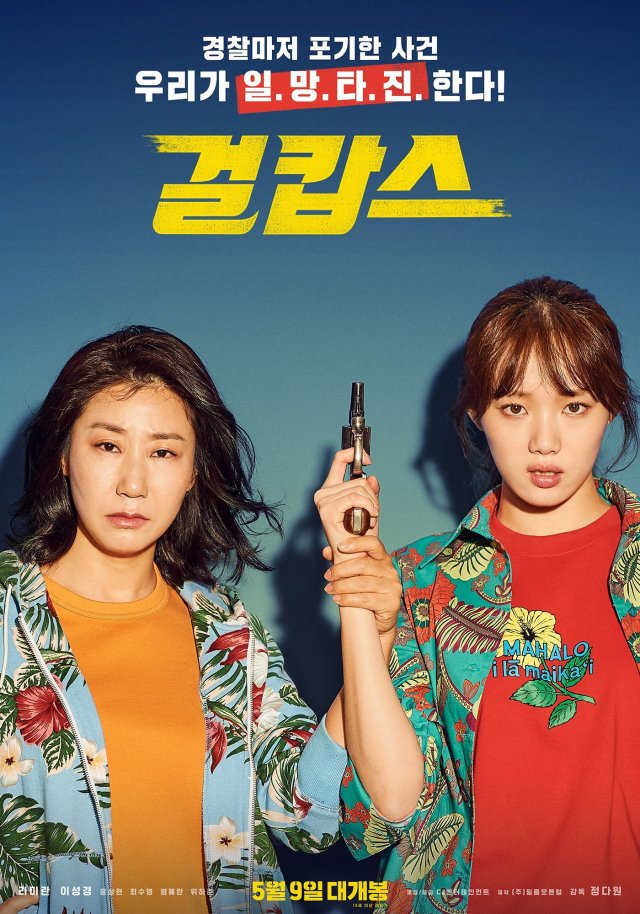 Action comedy "Miss and Mrs. Cops" is set to become a box-office hit thanks to an unexpected rush of female moviegoers.

According to the Korean Film Council on Wednesday, "Miss and Mrs. Cops" attracted 76,554 viewers on Tuesday, even ahead of record-breaking Hollywood blockbuster "Avengers: Endgame" which drew 69,945.

"Miss and Mrs. Cops" is about two female detectives going after an online sex crime case that even the police have given up on.

The film's release coincides -- happily for its producers -- with the latest celebrity sex scandal that is sweeping the K-pop scene and forced floppy-fringed idols Seungri, Jung Joon-young and Choi Jong-hoon to quit showbusiness. The latter two have been arrested.

The film also slots into remakes of traditionally male formats with women that has been a recent cash cow for Hollywood, reinvigorating the buddy cop movie.

Actress Ra Mi-ran took a leading role for the first time in her career, while Lee Sung-kyung made her big-screen debut with the film.

Expectations and initial audience figures were low. But word of mouth turned things around and mostly female audiences flocked to the cinemas, despite the fact that it is not being shown on many screens.

According to multiplex chain CGV, 73 percent of the audience were women. A staffer with distributer CJ Entertainment said, "We have a huge level of support from women and young people because it stars two women".

"Female Cop Buddy Movie Set for Box-Office Triumph"
by HanCinema is licensed under a Creative Commons Attribution-Share Alike 3.0 Unported License.
Based on a work from this source