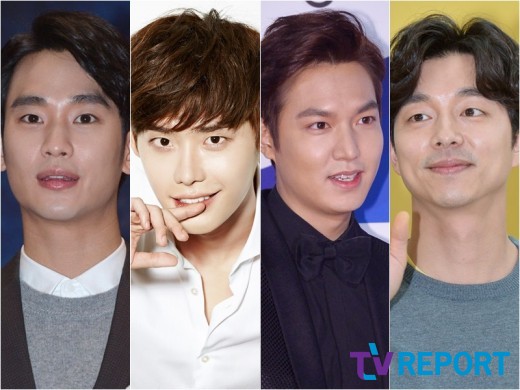 The key to a woman's heart was fantasy.

A man with the ability to stop time and place, a man who can read minds, a man who looks like he just came out of a comic strip and a man who is matchless in terms of wealth and fame; they can all be seen in fantasy dramas.

- Kim Soo-hyun - An alien like this is always welcome

This man stopped a car with his bare hands to save the woman he loves. This is one of Kim Soo-hyun's most unforgettable scenes. Kim broke formalities that an alien is usually a dumb drooling creature turned it into 'alien - handsome guy'. Do Min-joon is the best fantasy character ever created.

Writers Park Ji-eun and Kim Eun-sook's next work are also fantasies. The two of them are working with Lee Min-ho and Gong Yoo. Park Ji-eun is working on "The Legend of the Blue Sea" which is based on the motive of Korea's first storybook. Everything else is kept hidden besides the fact that it's about a mermaid. Kim Eun-sook's "Goblin" is also kept hidden expect that a goblin looks for a human wife to end his immortality. Gong Yoo is playing the goblin.

"Fantasy hunks Kim Soo-hyun, Lee Jong-suk, Lee Min-ho and Gong Yoo"
by HanCinema is licensed under a Creative Commons Attribution-Share Alike 3.0 Unported License.
Based on a work from this source