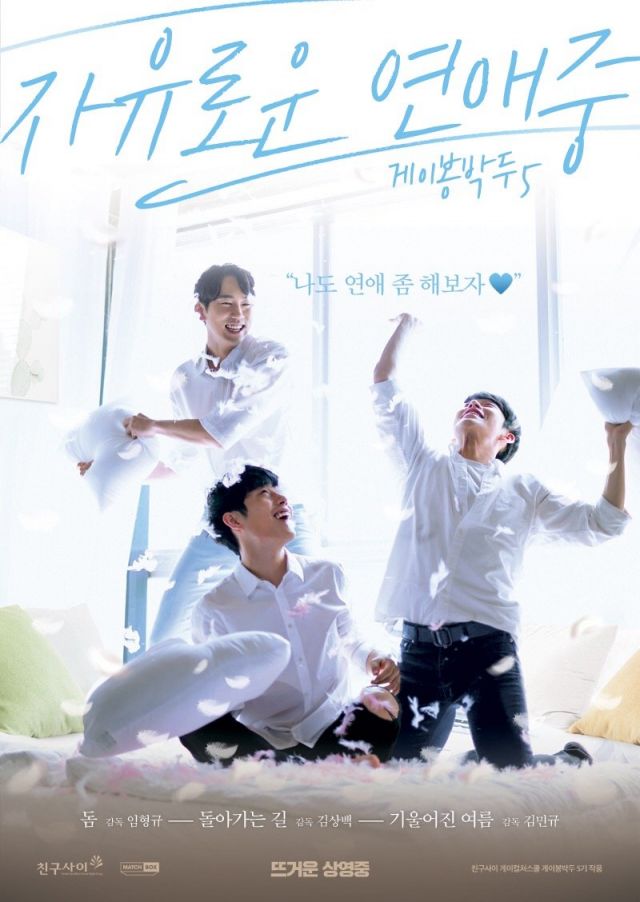 Synopsis
A collection of three stories:
Dome | 2017 | 11 min | Director: Lim Hyeong-gyoo
Ji-hoon offers Hyeon-deok a condom on their first night, but Hyeon-deok breaks up with him. Meanwhile, Woo-chan is introduced to a new man and the two head to a motel. This is the story of a condom traveling between three people.
The Way Back | 2017 | 20 min | Director: Kim Sang-baek
Soon-ho lands a job as a delivery man for a Chinese restaurant. When he gets his first paycheck, he buys Yoo-jin sweet and sour pork and delivers it while Yoo-jin is showering.
Tilted summer | 2017 | 23 minutes | Directed by: Kim Min-gyoo-III
On their second anniversary, Joon-oh and Min-jae take a trip. However, Jun-oh makes a mistake and they wind up in a guest house instead of a hotel.