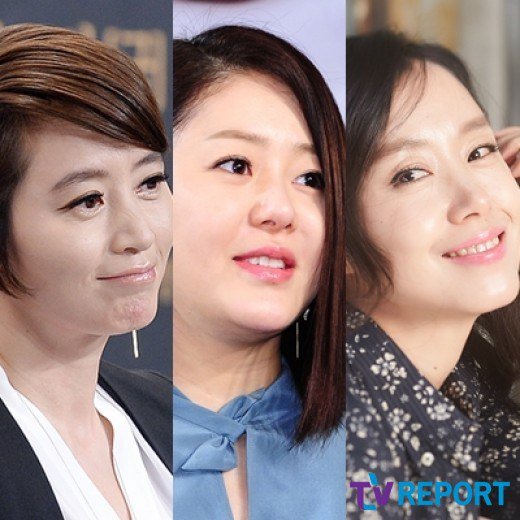 Actress Jeon Do-yeon is starring in the tvN drama "The Good Wife". This makes the entry to cable dramas along with Kim Hye-soo and Go Hyun-jung complete. The ego battle between the 'big girls' starts now.

From Kim Hye-soo in "Signal", Go Hyun-jung in "Dear My Friends" and Jeon Do-yeon in "The Good Wife", they are all top actresses who have won Best Actress in different award ceremonies. They are competing at what they do best, acting.

First, Kim Hye-soo is starring in the tvN drama "Signal". She took home the grand prize in 2013 for the KBS 2TV drama "The Queen of Office" and this time she's back with a canle drama. "Signal" revolves around a unique subject of 'radio message from the past'. Detectives in the present time go ahead and solve cases with the help of this radio signal. Currently the viewing percentage is in the 10s.

Kim Hye-soo takes on the role of Cha Soo-hyeon, a detective and her first attempt at a cable drama can be said to be successful.

Go Hyun-jung is coming back in May with "Dear My Friends" which is written by hit-maker Noh Hee-kyeong. The quality of the drama is trustable.

Jeon Do-yeon's "The Good Wife" will be on air after "Cheese in the Trap" and "Pied Piper".

"Ego battle: Kim Hye-soo VS Go Hyun-jung VS Jeon Do-yeon"
by HanCinema is licensed under a Creative Commons Attribution-Share Alike 3.0 Unported License.
Based on a work from this source