Drama of the week "Bad Man" 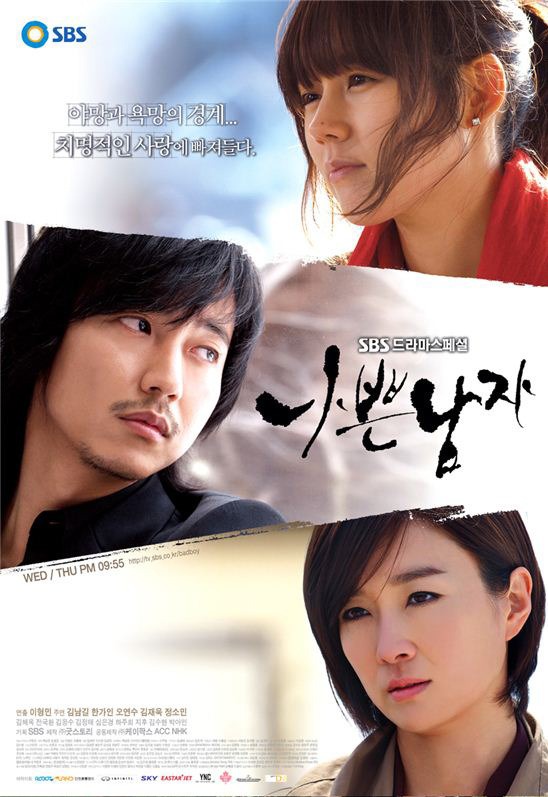 Synopsis
17 episodes - Wed, Thu 21:55
Bad Man is a co-production between South Korea and Japan
Alternative titles : "Bad Guy", "Bad Boy"
Visually stunning and immersive, "Bad Man" is a dark family/revenge drama about a man bent on the destruction of one family. Shim Gun Wook has an ordinary, happy childhood-until one day he discovers he is the illegitmate son of the head of the Haeshin Company. Taken away from his adoptive parents, he joins the Hong family, where he is treated like a prince. Then, in an unfortunate turn of events, a DNA test reveals that he is not President Hong's son and he is unceremoniously cast out of the house. Fate deals another blow when tragedy strikes his adoptive parents on the same night, and Gun Wook is left with no one to turn to. He leaves for the US only to return twenty years later, bent on revenge. The Haeshin family fall into his carefully constructed plot one by one, and only the man taken in by the Hongs as the President's real son, Tae Sung, begins to suspect him. A beautiful, gold-digging art curator also appears on the scene who mistakes him for Tae Sung, and begins to fall for him. Will Gun Wook be able to reverse the cruel hand that fate as dealt him through revenge? And will he be able to resist falling in love in the process?