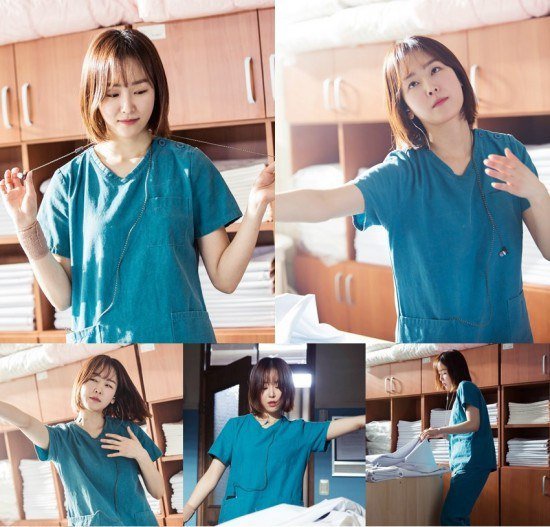 She takes on the role of Yoon Seo-jeong in the SBS drama "Dr. Romantic".

On the fifth episode of the SBS drama "Dr. Romantic", Seo Hyun-jin was spotted listening to music by herself in the linens room.

She had her earphones plugged in her ears and started dancing with her arms stretching out here and there.

This scene was taken on a set on the 12th. She was worried about how she would display her moves but as soon as the filming started she completely killed it.

Seo Hyun-jin still managed to express the situation from the script the way it was supposed to be while dancing her soul away. The staff around her couldn't help but shake their shoulders in efforts to keep from laughing. The actress herself had to suppress her laughter.

""Dr. Romantic" Seo Hyun-jin dancing alone "
by HanCinema is licensed under a Creative Commons Attribution-Share Alike 3.0 Unported License.
Based on a work from this source