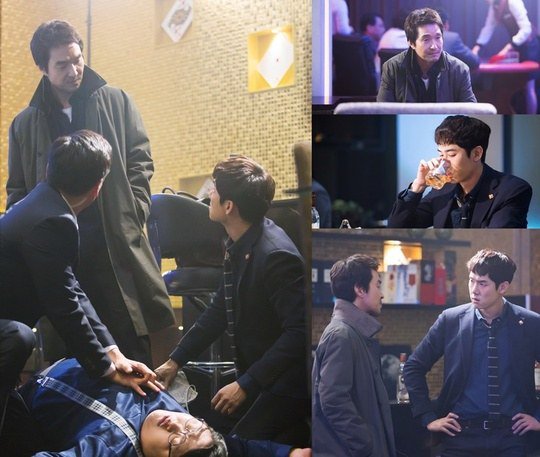 The new SBS drama "Dr. Romantic" revealed stills of Han Suk-kyu and Yoo Yeon-seok confronting each other at the casino.

The two of them reunite for the first time in two years as master and student.

The picture shows them meeting at the casino and not the hospital. Yoo Yeon-seok was drinking at the bar with a devastated face and Han Suk-kyu was looking around the casino with a mysterious look on his face. The background of which the two confront each other at the casino questions, 'why'?

This scene was taken in Kangwondo on the 31st of October. Many supporting actors were around them so the atmosphere was quite crowded. As important as this scene is, Han Suk-kyu and Yoo Yeon-seok prepared a lot for this scene, from lines to emotions.

Han Suk-kyu then turned into the charismatic Kim Sa-bu while Yoo Yeon-seok turned into the cold-blooded Kang Dong-joo. They stayed focused on their roles and made everyone around them watch in.

""Dr. Romantic" Han Suk-kyu and Yoo Yeon-seok "
by HanCinema is licensed under a Creative Commons Attribution-Share Alike 3.0 Unported License.
Based on a work from this source