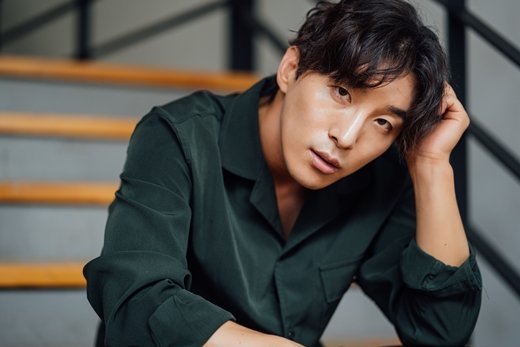 Actor Dong Hyun-bae has been cast for the OCN drama "Rugal".

"Rugal" is a human action hero drama about a former elite police officer who ends up losing not only his beloved wife, but also his eyes, and is accused of being a murderer. The drama follows his fight against criminal organizations after he obtains artificial eyes with special abilities crafted by the biotechnology organization "Rugal".

Based on a popular webtoon of the same name, "Rugal" is led by Choi Jin-hyuk, Park Sung-woong and Jo Dong-hyuk. It raises expectations in that OCN is introducing a new sci-fi action hero that is totally different from the previous genres.

Dong Hyun-bae takes on the role of Lee Jae-han, a Jazz team leader. He gets involved with a case and provides an overwhelming sense of immersion.

"Dong Hyun-bae Joins Choi Jin-hyuk and Jo Dong-hyuk in "Rugal""
by HanCinema is licensed under a Creative Commons Attribution-Share Alike 3.0 Unported License.
Based on a work from this source