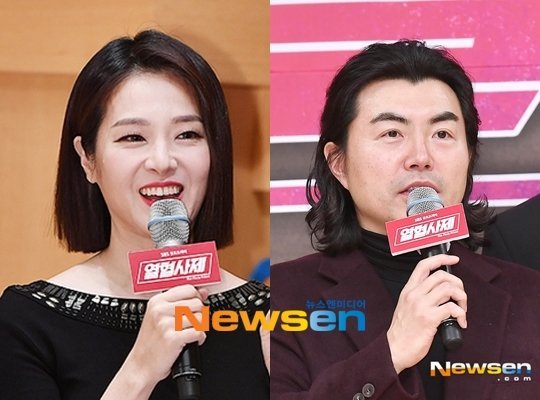 Park Eun-kyung was a guest on the latest episode of the SBS Love FM radio show "Lee Soo-kyung's Love FM" on the 15th.

Park Eun-kyung married director Lee Myeong-woo in 2002. She said, "He approached me first and we started talking. He showed interest in me, but I kept my distance".

"Then someone came to tell me Lee Myeong-woo was interested in me because he saw my name on a volunteer list and signed himself up too".

"One day, Lee Myeong-woo texted me to ask me out to dinner. I had a policy of my own never to date inside the office. I was going to refuse, but he said, "Don't misunderstand. I just want to buy you dinner". So we met and he was a fun person".

Park Eun-kyung continued, "Rumors spread about us and the team manager scolded me saying it was only going to hurt me. Everyone told me to break up with him. So I actually thought about it. Just then, Lee Myeong-woo said, "You're more precious to me than my hair. I don't think I can live without you. Let's get married".

"Director Lee Myeong-woo Married Announcer Park Eun-kyung"
by HanCinema is licensed under a Creative Commons Attribution-Share Alike 3.0 Unported License.
Based on a work from this source