"Cyrano Agency" places at No. 1 once again 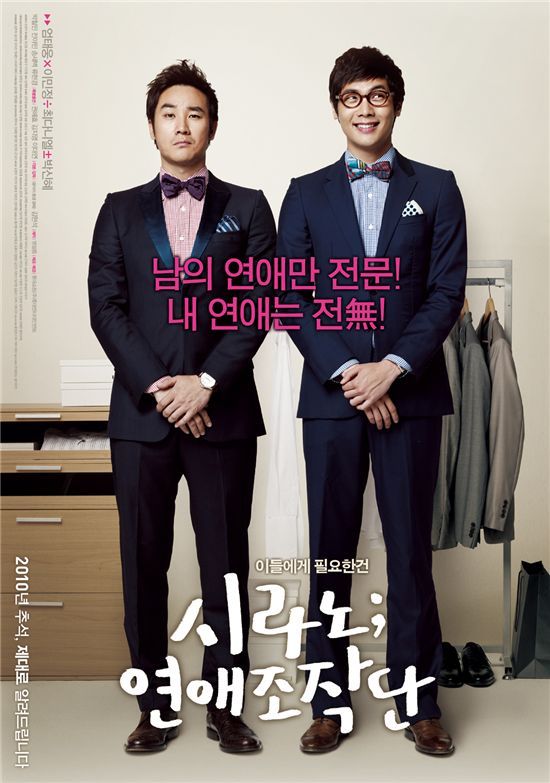 Korean romantic comedy "Cyrano Agency" has placed at the top spot on the local box office once again, taking its third consecutive win in the country.

According to the Korean Box Office System (KOBIS) on Monday, "Cyrano Agency", starring Uhm Tae-woong and Park Shin-hye, was the most-watched movie in the country, attracting 244,757 moviegoers during the weekend of October 8 to 10 to rake in over a total two million admits since opening in theaters on September 16.

"Cyrano Agency", helmed by director Kim Hyun-seok, is about two love agents (Eom and Park) who help their client (Choi Daniel) win over the girl of his dream (Lee Min-jung).

Other films on the top 10 included "Despicable Me", "A Better Tomorrow", "The Man From Nowhere", "Troubleshooter" and "Resident Evil: Afterlife".

""Cyrano Agency" places at No. 1 once again"
by HanCinema is licensed under a Creative Commons Attribution-Share Alike 3.0 Unported License.
Based on a work from this source