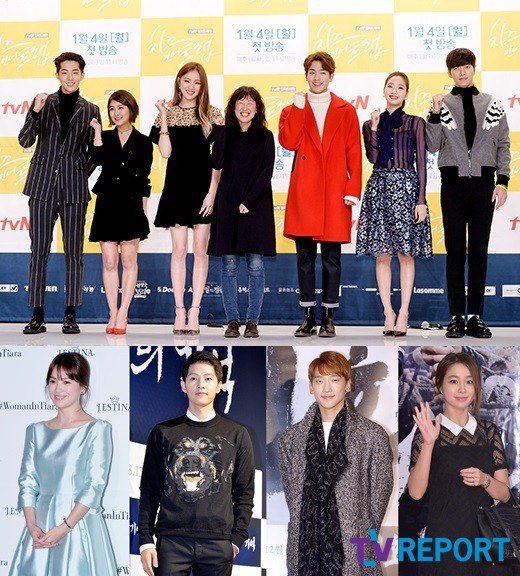 Masterpieces with outstanding casts and trustworthy crews will be released this year.

Web-toon drama "Cheese in the Trap" is one of the first dramas to be broadcast this year. Song Hye-kyo's "Descendants of the Sun" is coming to KBS and SBS is presenting "Please Come Back, Mister" starring Rain and Lee Min-jung. 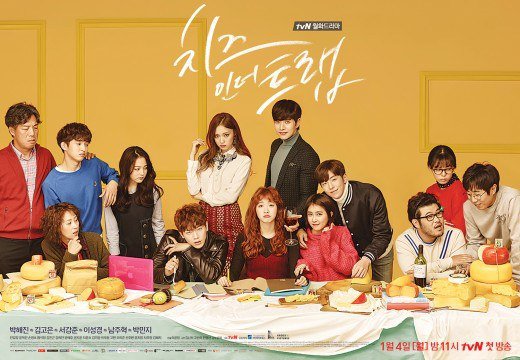 tvN is back with another web-toon drama called, "Cheese in the Trap" which is a romantic thriller about Yoo Jeong, a perfect guy and Hong Seol who sees right through him. This drama has been in the hot seat ever since news of it came out. Also, the drama is known for its synchronization of characters in the web-toon and the drama.

The drama stars Kim Go-eun, Seo Kang-joon, Lee Sung-kyung, Nam Joo-hyuk, Park Min-ji and others and it's directed by Lee Yoon-jeong. "Cheese in the Trap" is drawing a lot of attention which is putting pressure on the drama, but the fans have faith in it since it's all pre-produced.

- Dreamy line-up, "Descendants of the Sun"

Hit maker writer Kim Eun-sook and Song Hye-kyo have met at last. Song Joong-ki is making a comeback too. "Descendants of the Sun" is a dreamy drama.

"Descendants of the Sun" had extra effort put into pre-production for the last 6 months in hopes for the perfect drama. The story is about a young soldier and doctors in a foreign land with extreme conditions. The movie was taken here and there and when the teaser first came out, it went viral. Song Joong-ki and Song Hye-kyo's chemistry is anticipated greatly. It is expected that writer Kim Eun-sook will not fail this time again. "Descendants of the Sun" will be released in February".

"Please Come Back, Mister" is based on a Japanese original. It is a comedy about friends in the other world. A man and a woman backhaul from the other world under the conditions of coming to life for just one day.

Rain is back for the first time in a year and 3 months with this drama and it's Lee Min-jung's first drama since her child birth. Expectations are huge on these people and the others; Ra Mi-ran, Kim In-kwon, Yoon Park, Oh Yeon-seo, Kim Soo-ro and more. Rain plays Lee Hae-joon a man in his 40s who dies of overwork but comes back alive as a man in his 30s. Lee Min-jung plays the role of Sin Da-hye, a woman who falls in love with him.

"[Coming Soon in 2016 #1] "Cheese In the Trap", "Descendants of the Sun", "Please Come Back, Mister""
by HanCinema is licensed under a Creative Commons Attribution-Share Alike 3.0 Unported License.
Based on a work from this source