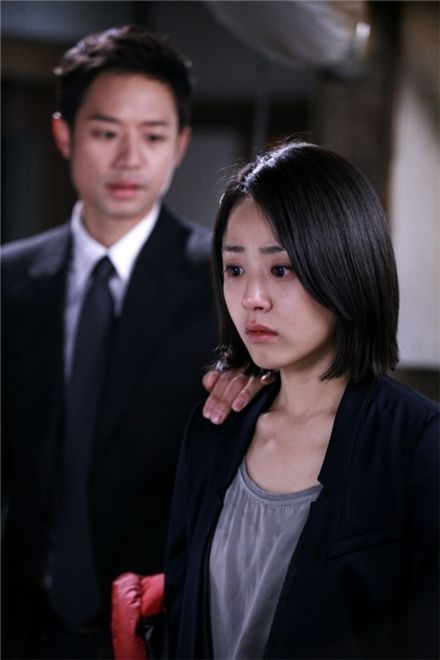 KBS TV series "Cinderella's Sister" continued to stay the most-popular drama on Wednesday and Thursday nights, rolling past its competition in the same time slot with solid ratings.

According to statistics released by TNS Media Korea on Friday, "Cinderella's Sister" brought in viewership ratings of 18.1 percent on Wednesday and 18.7 percent the following day, showing a decrease by an average 1.6 percentage points from the previous week.

Figures by AGB Nielsen Media Research revealed slightly lower ratings for the drama as well, recording a mean score of 17 percent for May 12 and 13, indicating a drop of 1.8 percent from last week.

This week, the No. 1 drama in the country focused on Ki-hoon's (Chun Jung-myung) love confession to Eun-jo (Moon Geun-young).

"Personal Taste" maintained its position as the second most-watched show in the primetime line-up with its ratings standing in the 12 to 13 percent range, while "Prosecutor Princess" recorded marks in the ten to 12 percent range.

""Cinderella's Sister" leads Wed-Thurs night TV ratings"
by HanCinema is licensed under a Creative Commons Attribution-Share Alike 3.0 Unported License.
Based on a work from this source