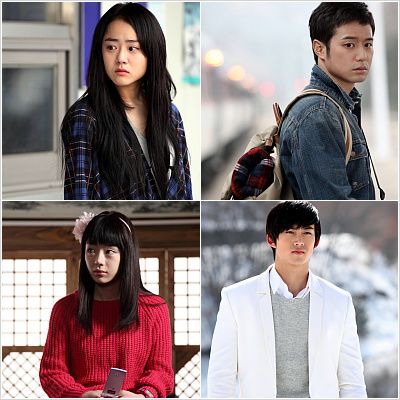 KBS TV series "Cinderella's Sister" once again blew away competition in TV ratings this week, proving to be an unstoppable force on Wednesday and Thursday nights.

According to statistics released by AGB Nielsen Media Research on Friday, the series recorded average ratings of 18 percent on April 21 and 22, showing a decrease of 1.2 percent from the previous week.

However, figures by TNS Media Korea indicated that "Cinderella's Sister" rose by 0.1 percent from its previous episode on Wednesday to 19 percent, maintaining a firm lead up against MBC's "Personal Taste" and SBS' "Princess Prosecutor".

"Personal Preference ", starring Son Ye-jin and Lee Min-ho, kept its position as the second most-watched series with average ratings of 12 percent on AGB's poll and 13.3 percent on TNS' chart, while "Prosecutor Princess" continued to record ratings in the low 10 percent range on both charts.

""Cinderella's Sister" continues reign on Wed-Thur night"
by HanCinema is licensed under a Creative Commons Attribution-Share Alike 3.0 Unported License.
Based on a work from this source