Christmas greeting from the Doldam Hospital! 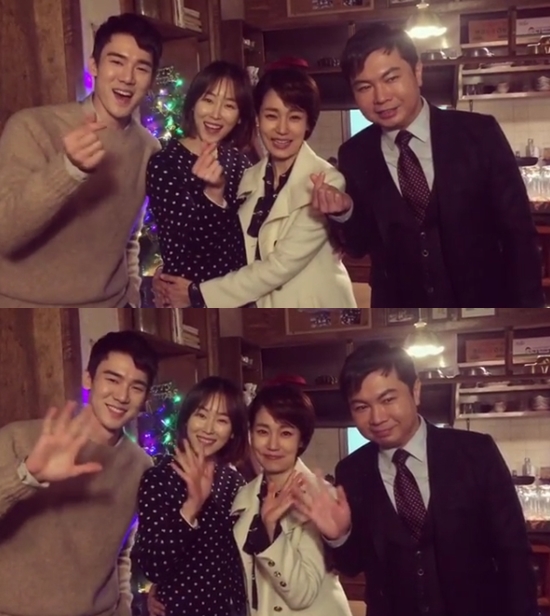 "Romantic Doctor, Teacher Kim" members send their warm Christmas greeting to the viewers! On Christmas Eve, actor Yoo Yeon-seok posted on his Instagram, the picture of the four with a caption "Merry Christmas!"

In the picture is the power force of the Doldam hospital, actor Yoo Yeon-seok, actress Seo Hyun-jin, Jin Kyung and actor Im Won-hee. They are posing with finger hearts and bright smiles, shouting Merry Christmas. It's also heartwarming to see the two actresses so close together, creating a family-like atmosphere. It is cute because the head nurse Oh Myeong-sim (played by Jin Kyung) cares for Dr. Yoon Seo-jeong (played by Seo Hyun-jin) as if she's her own child or younger sister, and I can tell from this picture it's not just the characters but there's definitely that bond between the two actresses.

"Christmas greeting from the Doldam Hospital!"
by HanCinema is licensed under a Creative Commons Attribution-Share Alike 3.0 Unported License.