Choi Daniel heads to the hospital on chopper 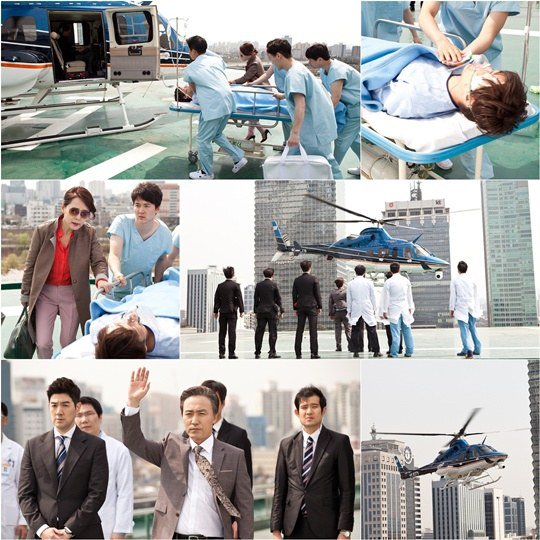 Choi Daniel shot a scene where he's being taken to the hospital on a chopper for the new KBS 2TV drama "Big Man" in which he stars as Kang Dong-seok, the 'golden heir'.

Kang Dong-seok is the first son of the richest family included in the top 1% of the country's wealthy heirs. Choi Daniel in this scene is being taken to the hospital to get his heart operated. His family Uhm Hyo-sup (Kang Seong-wook) and Cha Hwa-yeon (Choi Yoon-jeong) were around him as well.

The helicopter scene was taken in a fun atmosphere. Choi Daniel joked around pretending to be a really sick patient and led the mood.

"Big Man" is about a man living the low life, getting a new life as the son of a rich family and fighting to protect the precious ones in his life. To be broadcasted on the 28th after "The Full Sun".

"Choi Daniel heads to the hospital on chopper"
by HanCinema is licensed under a Creative Commons Attribution-Share Alike 3.0 Unported License.
Based on a work from this source