Singer Rain has appeared at the Lotte Hotel in Seoul to sing a wedding song for his company's representative Jo Dong-won who married actress Ko Eun-ah's older sister Bang Hyo-seon. 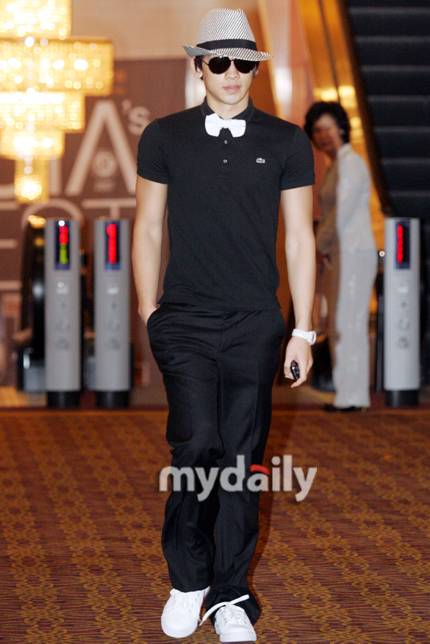 Jo Dong-won was once manager for JYP Entertainment and met his new wife through god's concert.

Rain has appeared in all black with white sneakers and a white ribbon tie. The style is clean and sleek. Two thumbs up for this world star's choice in wardrobe!

"[ChanMi's star news] Point of this outfit: White Ribbon Tie"
by HanCinema is licensed under a Creative Commons Attribution-Share Alike 3.0 Unported License.
Based on a work from this source