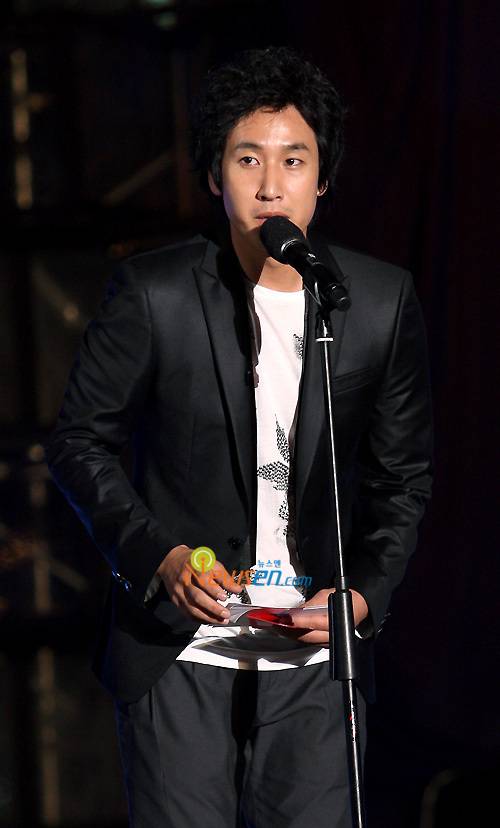 Lee Sun-kyun from "Coffee Prince" has shown himself at a film festival this 9th as one of the awarders.

500 films have been considered for this teem film award and only 13 different awards are awarded with 100,000,000 Won total distributed to the winners. Many teens aspiring to be great directors and actors have been encouraged through the participation of actors such as Lee Sun-kyun at this festival.

This festival was in memory of the famous Korean director Shin Sang-ok and to encourage the youngsters at the age of 16 through 29 to hope for their big dreams in the film industry.

"[ChanMi's star news] Actor Lee Sun-kyun at Shinsangok Teen Film Festival "
by HanCinema is licensed under a Creative Commons Attribution-Share Alike 3.0 Unported License.
Based on a work from this source