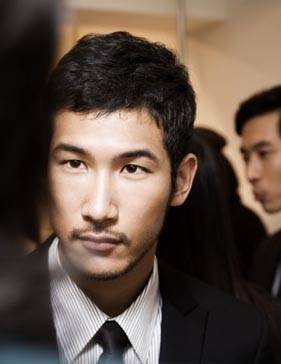 Lee Eon has entered the entertainment industry through his modeling. He is 27 years old, unfortunately he has been in a motorcycle accident and passed away.

He has just finished the drama "Mighty Chil-woo" on the night of 21st and was on his way home from the ending party when he was in the deadly accident.

The accident is under investigation currently and his parents have been notified to come to Seoul.

His fans are in deep shock at this unexpected misfortune. His mini homepage is visited by many who express their regrets for his death.

It was another sad news for the entertainment industry because another star has passed away through an accident last April.

Lee Eon has earned a lot of succes through the drama "Coffee Prince" "Who Are You - Drama" and movie "Like A Virgin".

"[ChanMi's star news] Actor Lee Eon passed away from motorcycle accident"
by HanCinema is licensed under a Creative Commons Attribution-Share Alike 3.0 Unported License.
Based on a work from this source