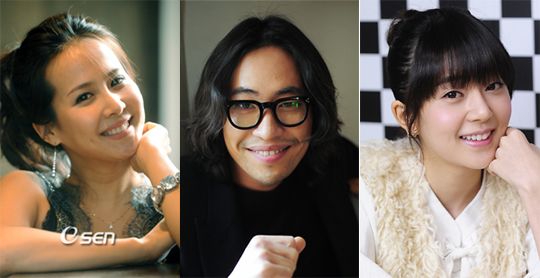 Ryoo Seung-bum might have been jealous watching his girlfriend Gong Hyo-jin act as a couple with Lee Sun-kyun in "Pasta".

Ryoo Seung-bum is in the new coming film, "The Servant" as the prince in this melo genre.

The release date is in May and his character is called Lee Mongryong. This story is originally from the Korean folk tale Choonhyang jeon similar to the Cinderella story.

Ryoo Seung-bum's character is in a love triangle with Choonhyang and Bang-ja (Kim Joo-hyuk). The innocent and romantic character of Kim Joo-hyuk will be more handsome and attractive.

Currently, Ryoo is in the film, "Foxy Festival" which is about ordinary people who have been supressing their unique style and personality getting to release it all in comic ways.

Ryoo will be Jangsoo who was a timid man and become to confess his love to a real person.

The actress will be Baek Jin-hee who is a high school student and act cute romance with Ryoo.

"[ChanMi's movie news] Ryoo comes back in two films"
by HanCinema is licensed under a Creative Commons Attribution-Share Alike 3.0 Unported License.
Based on a work from this source