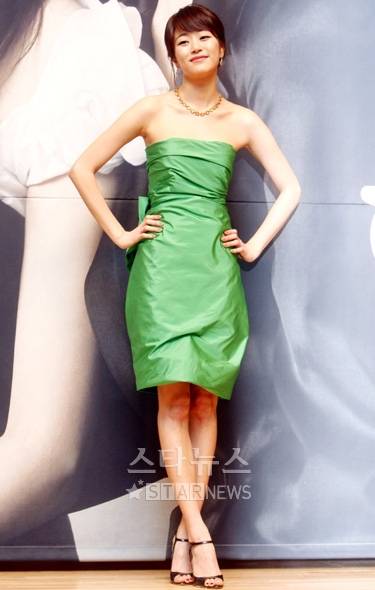 Actress Kim Hyo-jin is the seducer of Gang Dong-won in the new movie "JEON WOO CHI : The Taoist Wizard". Jeon Woo-chi is a warrior who is framed during the Chosun era and is released 500 hundred years later today to fight the monsters who bring chaos into the world. Similar to Hong Gil-dong hero, Jeon Woo-chi will be portrayed in the modern world with a twist of fantasy action. Kim is an attractive woman who seduces Jeon Woo-chi, Gang Dong-won who is reborn in the modern world.

"[ChanMi's movie news] Kim Hyo-jin seduces Gang Dong-won in "Jeon Woo-chi""
by HanCinema is licensed under a Creative Commons Attribution-Share Alike 3.0 Unported License.
Based on a work from this source