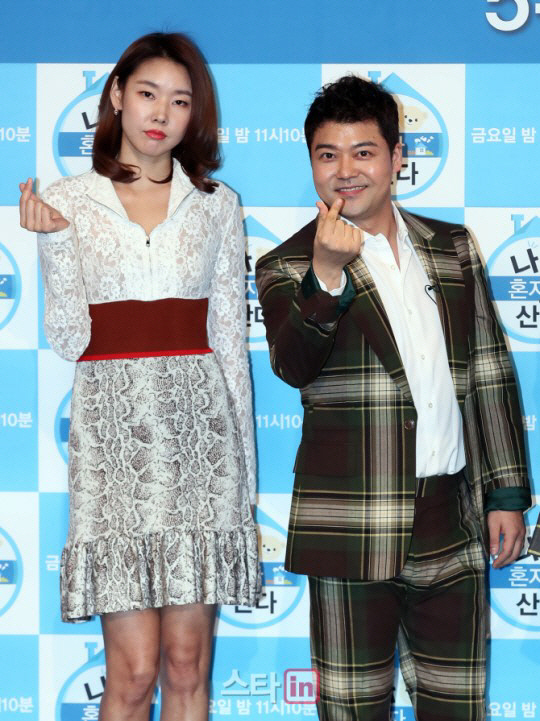 Jun's agency SM C&C said in a press release on Wednesday that the two recently broke up and decided to remain good friends and colleagues.

They became close while appearing together in MBC's entertainment program "I Live Alone", and their friendship blossomed into a romance in February last year.

"After discussing the issue with the program's producers, Jun decided to take a break for a while following the episode this Friday", his agency said.

Han's agency confirmed the split, saying, "Han is truly sorry that her personal issues affected the program", as she will also take a break.

The producers of "I Live Alone" said, "Both of them requested some time to themselves, and we respect their decision. We will leave their places in the show open for now".

"Celebrity Couple Jun Hyun-moo, Han Hye-jin End Relationship"
by HanCinema is licensed under a Creative Commons Attribution-Share Alike 3.0 Unported License.
Based on a work from this source