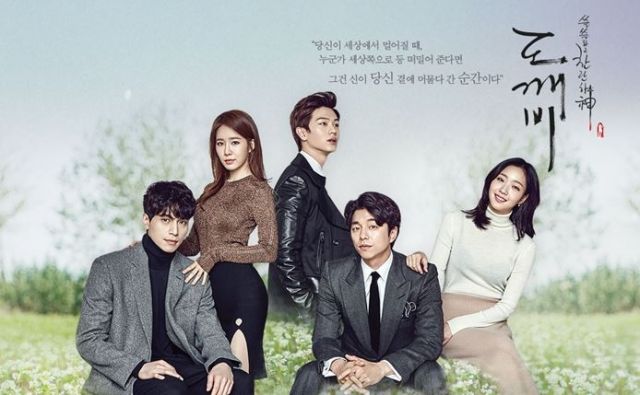 "Goblin" has all the concepts I like in a K-drama. That historical/modern mix topped with mysterious fantasy, a lovely yet confident heroin, and bromance. Plus, I prefer drama with a tint of dark, moody vibe rather than the all sunshiny bright stories. YES!!! This has got to be the perfect drama I've been waiting for! Before watching the drama though, I did a little bit of research. The 5 main characters are all on my favorite actor/actress list, so here's another point for "Goblin"! When I got to the writer's name though, I had to pause to give a satisfactory nod. It's her. It's none other than the legendary Kim Eun-sook.

My very first K-drama I watched from the start to the end, was written by her: Lovers in Paris. My go-to K-drama that I always recommend to people is also written by her, which is "A Gentleman's Dignity". Also, my latest obsession and the drama that caused phenomenon this 2016: "Descendants of the Sun". "The Heirs", "Secret Garden", "On Air" ... Need I say more? The list of her success just keeps on going. Trusting her name, I started the drama immediately.

Well, perhaps my expectation was too high due to her history because after watching "Goblin"'s first episode, I could not give 5 stars on this one just yet. Now, before you have uproar about my opinion, I just want to let you know right now that I definitely see the potential in this drama to receive those 5 stars soon. 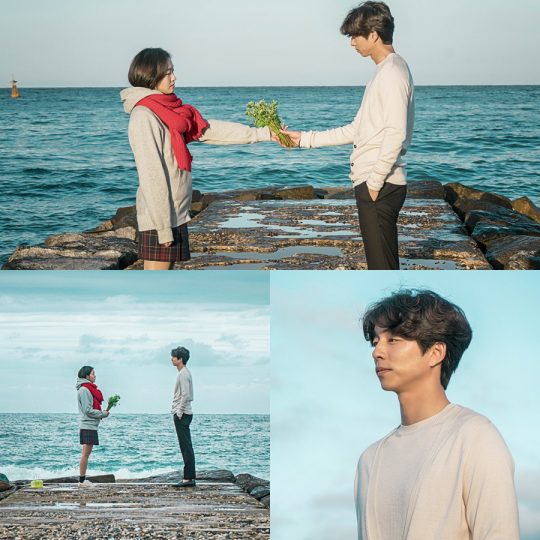 For example, I thought it was a bit fast how Eun-tak (Kim Go-eun) figuring out and accepting the fact that Kim Sin(Gong Yoo) is goblin. Right after that, I did NOT expect that she will reveal the fact she's a goblin bride this early on in the story. It hit the final bell when she straight up says she will marry him because she is the goblin bride. Okay, I thought Dr. Romantic's first episode development and love confession was real fast and here, we are talking about marriage on the first episode. It honestly made me laugh and say "Ooookay. Where is this going". 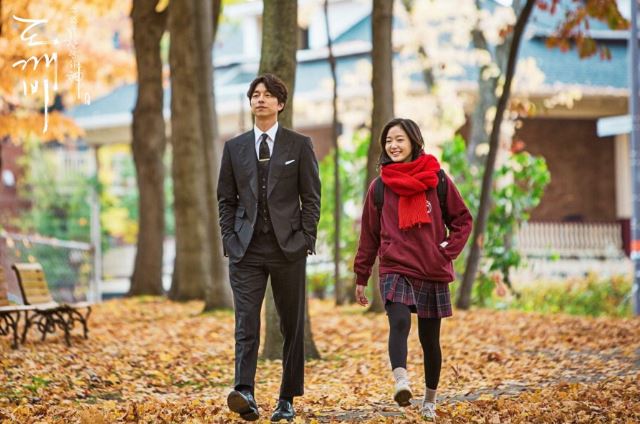 Now, for the positive note, I did enjoy many other things in this drama. First of all, the composition within the film is very beautiful. Overall gray color for the entire show – like I mentioned in the beginning, I enjoy the dark, moody vibe (sentimental rain scenes, anyone?). Plus, do you know what else is beautiful? Gong Yoo and Lee Dong-wook. I always thought they were some darn good actors but not my type in appearance. Their deep face structure and features made them look cheesy, so to say. However, I was so wrong, so, so wrong. They are both such eye candies!! I think since the last time I saw them in a drama, their age and experience added the mature, ripe atmosphere and I fell in love with these handsome goblin and grim reaper. Seriously, death wouldn't be so horrible of a thing after all if a grim reaper this gorgeous is coming to collect me. Furthermore, I would throw myself out there to volunteer as the goblin bride if I could marry Gong Yoo! 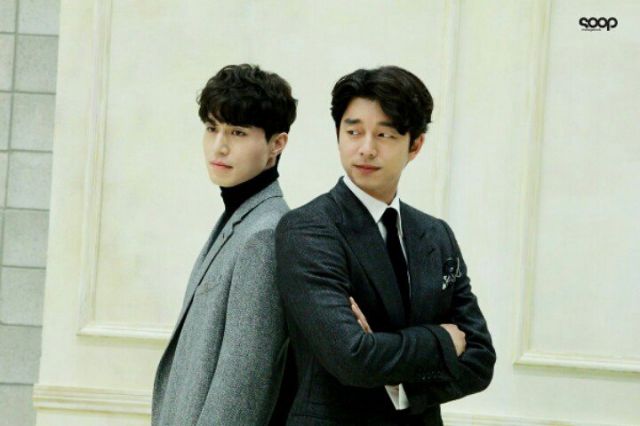 Let me go ahead and watch the next episode to give an updated review – and hopefully I will be coming back crying hallelujah for this drama. Until then, go ahead and follow up on "Goblin" and share your opinions with me (:

"Can Goblin receive the five stars rating?"
by HanCinema is licensed under a Creative Commons Attribution-Share Alike 3.0 Unported License.