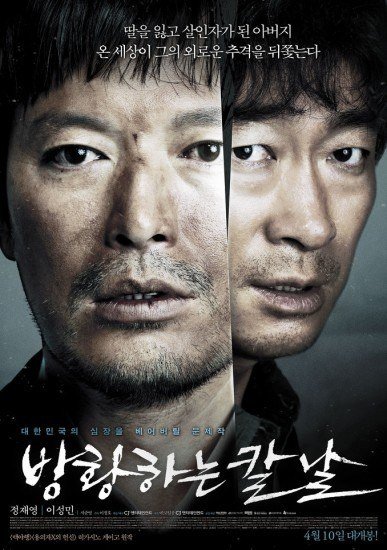 The movie "Broken" started off in 1st place on the day of its release.

According to the Korean Film Council, "Broken" on the 10th was released in 479 screens and rounded a number of 74,690 accumulated audiences.

Hollywood movies like "Captain America" had been at the top for a while now. However, "Broken" took over the throne the minute it was released.

"Broken" is a remake of Higasino Keiko about a father who turns into a murderer to avenge his daughter's cruel death. The movie takes a look at what law and justice is.

Meanwhile, "Captain America' came in second place with 54,711 and "Hercules" came in third with 26,865 accumulated audiences.

""Broken" ranks 1st place on day of release"
by HanCinema is licensed under a Creative Commons Attribution-Share Alike 3.0 Unported License.
Based on a work from this source