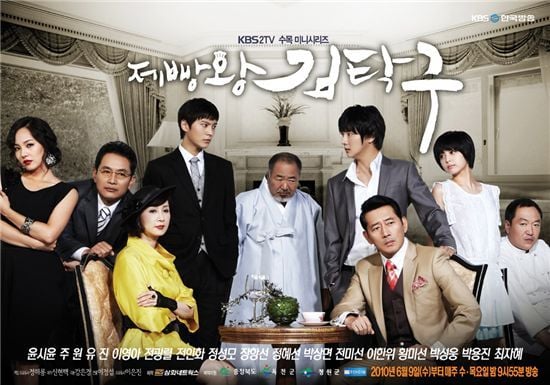 Figures from TNmS (Total National Multimedia Statistics) on Friday indicated that the viewership ratings for "Bread, Love and Dreams" shot up by an average 10.6 percent from last week with a score of 28.5 percent on June 16 and 25.3 percent the following day.

Statistics released by AGB Nielsen Media Research revealed that the newly released drama brought in lower ratings of 26.4 percent on Wednesday and 24.2 percent on Thursday.

"Bread, Love and Dreams", set to show its fifth episode next week, is about the success story of baker Kim Tak-koo, played by Yoon Si-yoon.

SBS' series "Bad Man", starring Kim Nam-gil and Han Ga-in, did not air this week due to South Korea's Group B match against Argentina for the 2010 FIFA World Cup South Africa. "Bad Man" will air next week.

""Bread, Love and Dreams" takes over Wed-Thur nights"
by HanCinema is licensed under a Creative Commons Attribution-Share Alike 3.0 Unported License.
Based on a work from this source