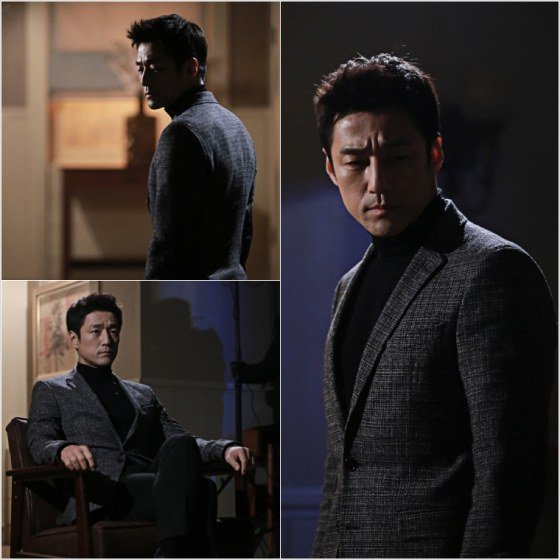 Ji Jin-hee takes on the role of Lee Jae-wook, director of the Taemin Cancer Center. He looks younger than his actual age, he's also good looking, intelligent and charismatic in the KBS 2TV drama "Blood".

Unlike his gentleness and social ability, he does everything in his power to get what he wants and makes anyone stand on his side. He stands in conflict with Ahn Jae-hwan in the role of Park Ji-sang.

Pictures of Ji Jin-hee show him lost in thought in his creepy-looking home. He is wearing all-black with a classic checked jacket while giving off a dark aura.

This scene was taken on a set in Ahn-seong on the 29th of last month. Despite the late night filming session, Ji Jin-hee got to the set early and prepared himself.

IOK Media claims, "Ji Jin-hee was the only one we could think of who could portray charisma and gentleness at the same time. He is very meticulous about his work and does his best to create the best scene".

""Blood" Ji Jin-hee's dark aura"
by HanCinema is licensed under a Creative Commons Attribution-Share Alike 3.0 Unported License.
Based on a work from this source