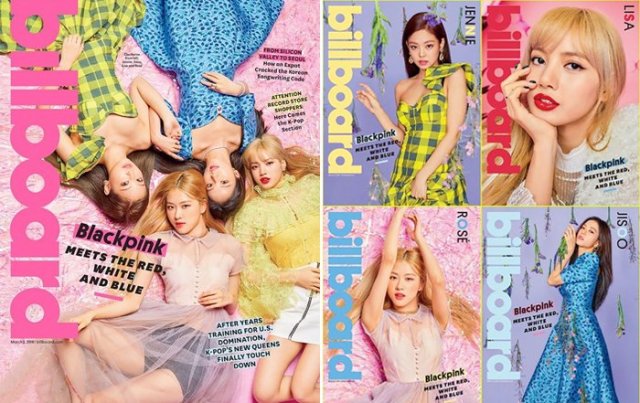 In its cover story, Billboard said they represent "Korean music's latest, greatest hope at breaking out of the American K-pop box".

It was the weekly's second feature of a Korean act after boy band BTS appeared on the cover last year.

"Black Pink Featured on Cover of Billboard Magazine"
by HanCinema is licensed under a Creative Commons Attribution-Share Alike 3.0 Unported License.
Based on a work from this source