Bang Bang's Seungri to Retire from Showbiz After Scandal 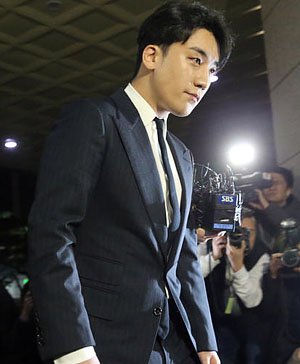 Seungri of boy band Big Bang, who has been at the center of an explosive scandal involving pimping, drug abuse and sexual assault at his former nightclub, announced his retirement from showbusiness on Monday.

"I have decided to retire from showbusiness considering the huge troubles I incurred", he said in a statement released by his agency. "I will cooperate diligently with police in their investigation to get to the bottom of all of the suspicions".

On a self-pitying note, he added, "I have been hounded by the public as a traitor for over a month, and I just couldn't watch those around me get hurt simply to save myself. I thank my fans for the love they gave me over the last 10 years".

The 29-year-old K-pop idol is also suspected of bribing police to turn a blind eye to the shenanigans going on at his swanky nightclub, Burning Sun, which has since closed.

Seungri is to start his mandatory military service on March 25, but it depends on the progress of the police investigation. He was slapped with a travel ban on Sunday.

"Bang Bang's Seungri to Retire from Showbiz After Scandal"
by HanCinema is licensed under a Creative Commons Attribution-Share Alike 3.0 Unported License.
Based on a work from this source