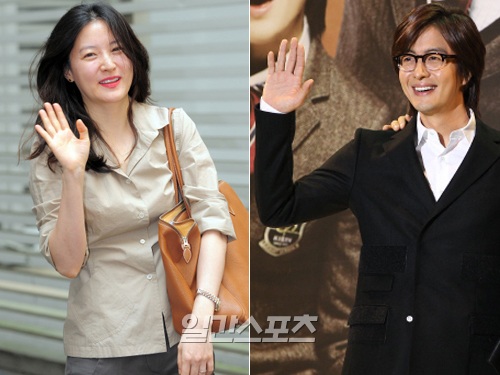 The "Kings and Queens" are back.

Bae Yong-joon, Won Bin, Lee Young-ae and Ko So-young who have been on a break are coming back.

Hallyu star Bae Yong-joon is looked forward to his drama come back. His management Key East said, "Nothing has been confirmed yet. However, we are looking through several movie and drama scenarios. At the quickest, we should be able to see him early next year".

Currently, the most likely drama is the "Dream High" sequel, "Dream High 2". He was the producer and actor for the chairman role in the first drama. It was known recently that a "Dream High" premium event was held in Saita Super Arena, Japan showing never changing popularity for Bae Yong-joon. If he comes back next year, this will be the first time in 5 years since "The Legend".

Won Bin is also very likely to come back with a drama. His success in last year's "The Man From Nowhere" made him one of the most looked forward to actors. He has also been receiving calls from Hollywood so it's possible he might be active abroad starting next year. However, he's currently put aside moving to Hollywood and is U-turning to Korea. He is debating with a piece by a star writer which is due to be released next year and another one from the general service channel jTBC.

Mother of twins Lee Young-ae is also carefully getting ready to come back.

A good friend of hers in Chungmuro said, "Lee Young-ae is just taking a break with her marriage and birth all at once but she hasn't left acting. She is looking through her comeback piece at the moment. She should be ready by early next year. If she comes back next year then it would be the first time in 7 years since "Sympathy for Lady Vengeance" in 2005".

Ko So-young who also became a mother last year October is looking through her next piece. Like Lee Young-ae, she has been showing her face in commercials with looks nothing less than what she was before she gave birth. She is looking forward to come back next year with all possibilities open to dramas and movies. Her last work was 2007 drama "Blue Fish" and movie "Go Go Sister".

Jang Dong-gun will return with movie "My Way" due to be released at the end of the year. This is the first in seven years after "Taegukki".

Song Hye-kyo comes back in 3 years with movie "A Reason to Live". Director Lee Jeong-hyang from "The Way Home" was very satisfied to have her on board. She also did two other movies "Camellia" and "The Grand Master" but they haven't been released, making her absence seem a lot longer.

Go Hyun-jung will return with movie "Miss Conspirator" next year after having changed directors.

"Bae Yong-joon, Won Bin, Lee Young-ae, Ko So-young "Return of the Kings and Queens""
by HanCinema is licensed under a Creative Commons Attribution-Share Alike 3.0 Unported License.
Based on a work from this source