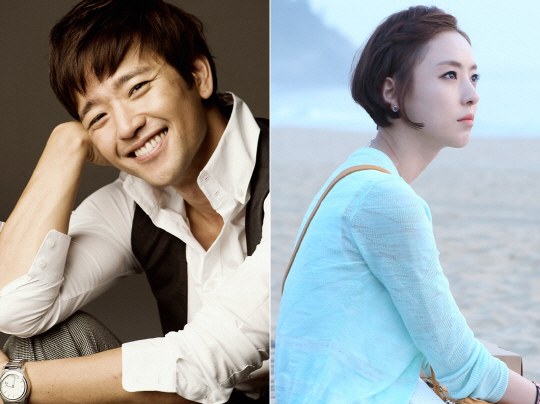 Bae Soo-bin is coming back for the first time in a while since the drama "49 Days". He is a character who coldly turns away from Yoo-jeong (Hwang Jung-eum) who has sacrificed so much for him.

Lee Da-hee was recently in the drama "I Hear Your Voice" as was noted well done. She acts the character who is in the middle of authority but has to hide her love and feeling.

"Secrets" is about a woman who kills the one she loves and a man falling for her. To be broadcasted after "Sword and Flower".

"Bae Soo-bin and Lee Da-hee in "Secrets""
by HanCinema is licensed under a Creative Commons Attribution-Share Alike 3.0 Unported License.
Based on a work from this source