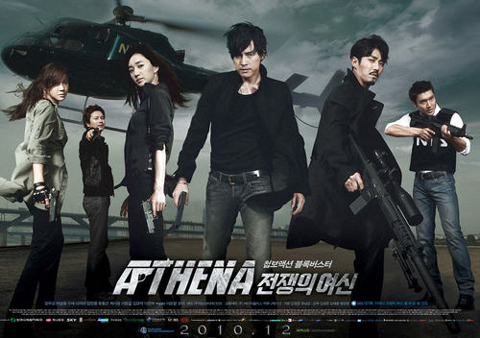 According to AGB Nielson Media Research on the 22nd, "ATHENA" ended its last with 13.3%. This is 4.3% lower than KBS 2TV drama "Dream High" which is aired at the same time and leading.

"ATHENA" drew attention with its great cast of Jung Woo-sung, Soo Ae, Cha Seung-won, Lee Ji-ah, Kim Min-jong and more and 6 foreign locations including Japan. However, its unconvincing storyline failed to have viewers caught up and didn't have the opportunity for a last flight.

Meanwhile, MBC "The Duo" which is aired at a similar time rated 13.2%.

""Athena" viewing rate 13.3% a disappointing exit"
by HanCinema is licensed under a Creative Commons Attribution-Share Alike 3.0 Unported License.
Based on a work from this source