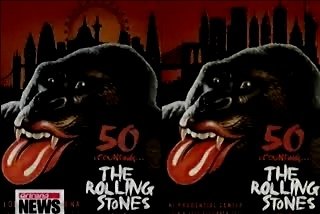 And now it's time for our arts and culture segment with Michelle Kim. Today, I hear she has news about the Rolling Stones and a new movie.

So what's new with the Rolling Stones[Reporter : ] The legendary British rock group has recently announced four concert dates as part of its 50th anniversary celebration. Take a look.

The Rolling Stones will play four concerts on two continents as part of celebrations for their 50th anniversary.The band will appear first at the 02 Arena in London on November 25th and 29th and then at the Prudential Center in Newark on December 13th and 15th.

Rumor has it that those dates won't be the band's last, and that the tour will continue in 2013, but nothing has been confirmed.
For those of you who can't make it to London or Newark, the final concert will be broadcast live on pay per view.

All four members of the band -- lead singer Mick Jagger, guitarists Keith Richards and Ronnie Wood and drummer Charlie Watts -- are performing together for the first time in five years.

They'll be on a stage designed around the band's trademark tongue and lips logo, which will be enhanced by video screens and high-tech effects.

As part of the 50th anniversary celebration, the Stones will also be releasing a new greatest hits album called "GRRR!" on November 12th and the Museum of Modern Art in New York will be hosting an exhibition about the band called "The Rolling Stones: 50 Years on Film", that opens November 15th.

"Crossfire Hurricane", a documentary chronicling the group's rise to superstardom will premiere at the London Film Festival on Thursday and can be seen on HBO on November 13th.

It seems like it has been a while since we've seen The Stones perform together.

[Reporter : ] That's right. The upcoming concerts will be the first since 2007 that the whole band has been together, so, yes, it's been quite a while. I'm sure that's made fans even more excited. I just hope they plan a world tour for fans in Asia as well.

I certainly hope so, too. And now, what else do you have for us[Reporter : ] Well, last week I offered a preview of this year's London Film Festival.
Today, I'm going to tell you about a film that screened there Monday, which just happens to be the directorial debut of an award-winning actor. Here are the details.

After a celebrated acting career spanning more than 50 years, Dustin Hoffman is making his directorial debut with "Quartet", a comedy about a group of retired opera singers.

The film screened at the London Film Festival on Monday and tickets are already sold out for its second screening there on Saturday.
It opens in the U. S. in January.

Set in the British countryside, the film and tells the story of three retired opera singers living in an idyllic care home for aging musicians called Beecham House.
Together, they put on a concert every year to raise money for the home, but their plans are disrupted when Jean Horton, a once-famous diva played by Dame Maggie Smith, arrives, casting doubt on whether the show will go on.

The film stars Billy Connolly, Pauline Collins and Tom Courtenay, and the veteran actors' on-screen performances are already creating award-season buzz ahead of the Oscars next February.
Actor Bill Connolly and other members of the cast have credited Hoffman for his directing skills, praising him for his understanding of actors.

[Interview : Bill Connolly, Actor] "He's excellent, absolutely, and he's always in a good mood. He understands actors and he understands he can read the script and say 'Well that'll feel a bit awkward there' and get rid of it before you get there. You know, and he encourages you to ad lib all the time. Just say something of your own".

The two-time Academy Award winner has already won praise for his efforts behind the camera from critics at the Toronto Film Festival, where the film had its world premiere in September.
At 75, it seems the veteran actor has launched a whole new career.

Dustin Hoffman is such a gifted actor I can only imagine what a great director he is.

[Reporter : ] That's true and it's one of the reasons why I'm very excited to see this film.
Dustin Hoffman was Hollywood's most well known "Graduate" and went through one of its most famous divorces in "Kramer versus Kramer", he was one of its first crossing dressing dads in "Tootsie" and one of its first autistic adults in "Rain Man".
Those are all cinema classics.

I agree. Unfortunately, we will have to wait until next year for the film's release in Korea, but I'm sure it will be worth the wait. And now to wrap things up, you have the events bulletin for us[Reporter : ] I do. Japanese techno-pop trio Perfume will be heading to Korea in mid-November and singer Lee So-ra performs later in the same month. Finally, Korea's Prime Philharmonic Orchestra will perform classic songs from Disney films at the end of December. Here are the details.

The Japanese techno-pop trio Perfume performs in Korea for the first time as part of its world tour. The trio plays a mix of electronic dance-pop music with influences from 80s synthpop. The concert is at Ax-Korea on November 17th.

Singer Lee So-ra will start off the winter concert season with a performance engagement from November 29th to December 5th at LG Art Center. She will be singing slow ballads for those who are in need of a soothing voice for the cold winter season.

People who grew up watching Disney movies may want to catch the "Disney on Classic" concert, which features songs from Disney films sung by vocalists Carlyn Connolly and Tony Gonzalez and accompaniment by Korea's Prime Philharmonic Orchestra. The concert will be at Olympic Park's Olympic Hall on December 28th and 29th.

Thank you for the update

"Art and Culture"
by HanCinema is licensed under a Creative Commons Attribution-Share Alike 3.0 Unported License.
Based on a work from this source