All Grown up Korean Stars for Coming-of-Age Day 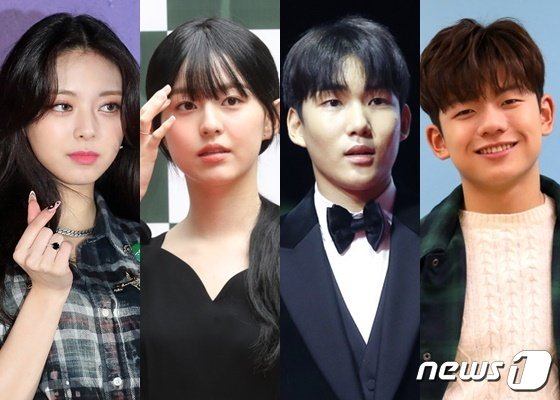 Coming-of-Age Day is an annual anniversary designated for the purpose of celebrating people turning 19 and reminding them of their responsibilities as adults. The third Monday of May is Coming-of-Age Day every year, and this year is May 16th, and those born in 2003 are the main characters of the anniversary.

There are also stars born in 2003 in the entertainment industry.

Yuna of ITZY has also come of age this year. Yuna, who debuted in 2019, has been active through "Itzy Cozy House" which aired since the 4th.

Actor Park Ji-hu, who has established herself as a popular actress through the movie "House of Hummingbird" and Netflix's original series "All of Us Are Dead", was born in 2003, and is also the main character of this year's Coming-of-Age. She will continue her trend even after becoming an adult in her appearance on tvN's new drama "Little Women".

Actor Tang Jun-sang, who is familiar with home viewers with the dramas "Racket Boys", "Move to Heaven", and "Crash Landing on You" has also become an adult this year.

Yang Han-yeol, who appeared as a child in the popular drama MBC's "The Greatest Love" which aired in 2011, also appeared in "All of Us Are Dead" also celebrates Coming-of-Age Day.

Actor Wang Suk-hyun, who was loved for the 2008 movie "Speedy Scandal", has also become an adult. Expectations are high on what kind of activities Wang Suk-hyun, who is active in entertainment programs earlier this year, will do after he becomes an adult.

In addition, actors Yoo Jae-sang, VERIVERY Kangmin, Newkidd Kang Seung-chan, 1THE9 Park Sung-won, and Jeong Taek-hyeon were also born in 2003, and are the main characters of Coming-of-Age Day.