After Film Successes, Park So-dam Gets Back to Basics with Stage Role 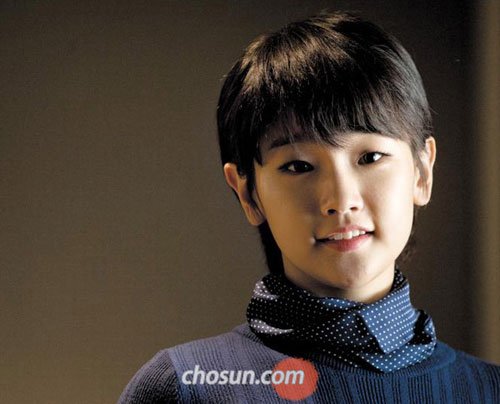 It has been just two years since Park So-dam devoted herself full-time to acting, but she has already built up an impressive filmography. Her recent works alone include "The Priests", "The Throne" and "Veteran", which all were highly successful at the box office.

"I recently finished shooting 'Run-off', in which I appear as an ice hockey player. At the moment I'm on the stage, performing in a play, and another film is waiting for release. I'm also preparing for my next project, a TV drama", said Park, who is now touted as one of the brightest young stars of Korean cinema.

Even those who don't know Park by name will recognize "the middle-school girl who was possessed in 'The Priests.'" Her current stage role as a lonely vampire girl in the play "Let the Right One In" might encourage the perception that she specializes in ghostly roles, but Park herself said she hates scary things.

It was an after-school trip to a performance of the musical "Grease" that led a high school girl who liked math and science into acting. Park said the experience left her heart racing for days afterwards.

She thought perhaps acting was her calling, but her parents were strongly opposed to the idea initially. It took a year and a half of trying before Park was able to persuade her mother to give in. After taking acting lessons with her mother's help, Park entered Korea National University of Arts to study acting, graduating in February 2014.

But having enjoyed such success in films, why return to the stage? Park said her goal was to get back to basics and recapture the feeling she had on that day when she first decided to spend the rest of her life as an actor.

"I learned how to act by performing in plays. When you're in front of an audience, you learn to react instantly. Being on stage challenges me; it's my passion", she said.

"After Film Successes, Park So-dam Gets Back to Basics with Stage Role"
by HanCinema is licensed under a Creative Commons Attribution-Share Alike 3.0 Unported License.
Based on a work from this source