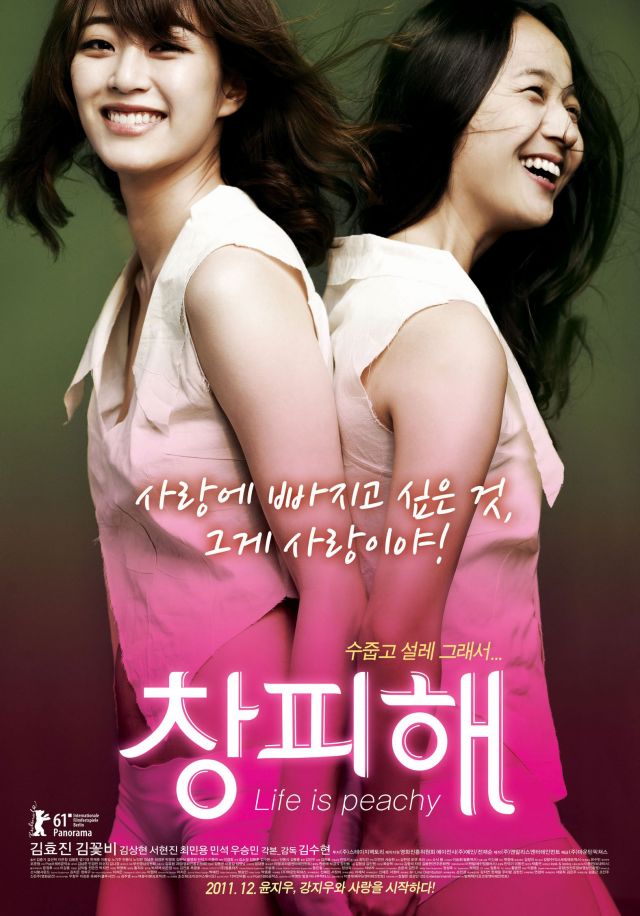 Synopsis
What is it like when you love a woman?
Yoon Ji-woo, who had been plotting a fake suicide with pickpocket Kang Ji-woo, is cuffed by detective Min-yong and falls in love as destined. Jeong Ji-woo and Hee-jin hear about their love story and start asking questions. Director Kim Soo-hyeon's latest film, "Life is Peachy", is a story about three people, all named Ji-woo, that brings a new approach to presenting the sentiment of love through the language and bodies of women. Did they truly fall in love? Did they tell the truth? "Ashamed" travels between reality and fiction as it caresses the wounds and memories of love.
While her first film "So Cute" (2004) was a story of a father, a son and the woman between them, "Ashamed" addresses of the pain and reconciliation among a group of women. Kim's narrative is subtle and very unique in its delivery of familiar emotions into a new kind of experience, proving Kim is a filmmaker that possess a rare sentimentality in upcoming Korean cinema. (Lee Sang-yong)