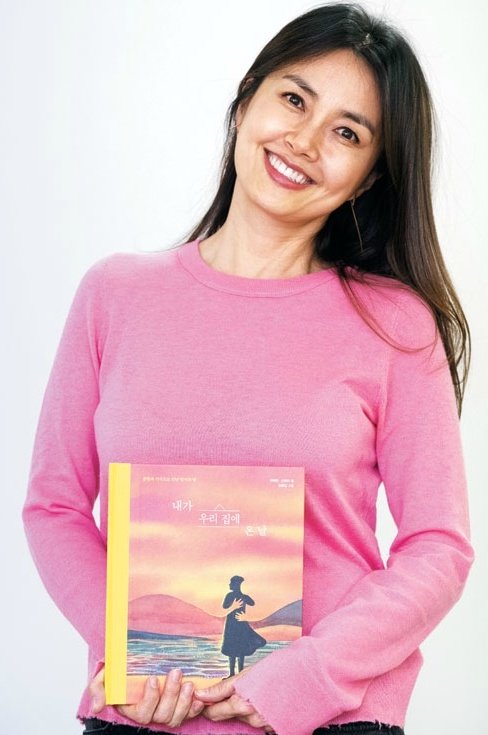 Actress Shin Ae-ra is getting ready to resume her acting career after wrapping up her studies in the U.S.

"After seven years away I'm making a comeback to the small screen in tvN's "A Record of Youth", which stars Park Bo-gum", said Shin. "I used to take lead roles when I was young, but now I'm just playing a part. But I want to make this a turning point to broaden my acting spectrum".

"A Record of Youth", a coming-of-age drama series with 16 episodes, is slated to air in the second half of this year.

Shin took a break from her acting career in 2014 to further her studies in the U.S., as she wanted to deepen her knowledge and spend more time with her children. "As I learned about Christian counseling, I realized that some attitudes or things that I naturally thought to be common or normal could sometimes cause pain for others. It made me reflect on myself first, and helped me understand others better and seek help or forgiveness more easily".

While staying in the U.S. for more than five years, Shin also received foster care training, which helped her understand adopted children from their perspective. Shin, who has a son with her actor husband Cha In-pyo, adopted two daughters in 2005 and 2008.

She published a book about adoption with her elder daughter recently, based on their own experiences of becoming a family. "I thought it would help people change their views on adoption. My daughter was happy to do it, too", said Shin.

Shin has been a vocal advocate for adoption, being eager to spread the message that everyone needs a family.

"I still need my mother at this age. I still miss my mother, who passed away", Shin said. "Kids do need their moms very much. They need mothers who trust them, care for them, love them unconditionally, while nurturing their talents and guiding them to grow into respectful adults with good relationships with others".

"Actress Shin Ae-ra to Resume Career After Long Break in U.S."
by HanCinema is licensed under a Creative Commons Attribution-Share Alike 3.0 Unported License.
Based on a work from this source