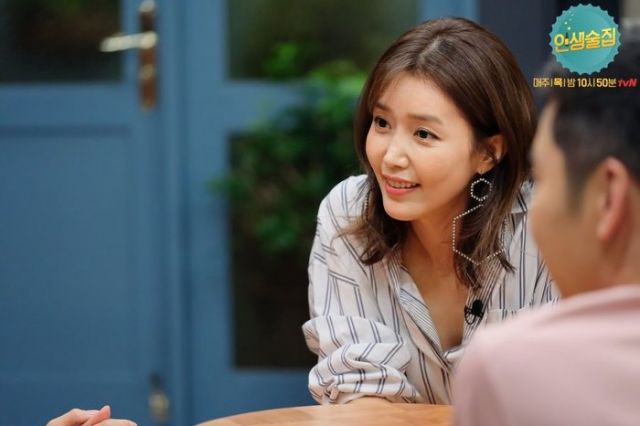 Actress Chae Jung-an appeared on the talk show, "Life Bar". On the talk show, this beautiful actress has shown us all of her comical moments and brutal honesty on her image. 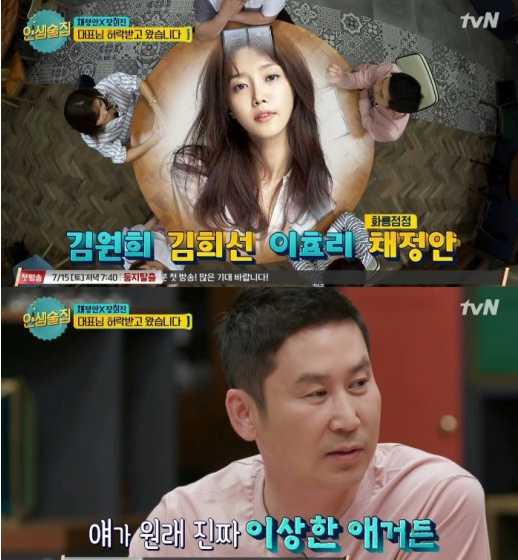 One of the national top 3 MC of South Korea, Shin Dong-yup have commented on the show that actress Chae Jung-an is one of the 4 most hilarious female celebrity of all time along with Kim Won-hee, Kim Hee-sun and Lee Hyori. He added, "She is a really crazy girl". 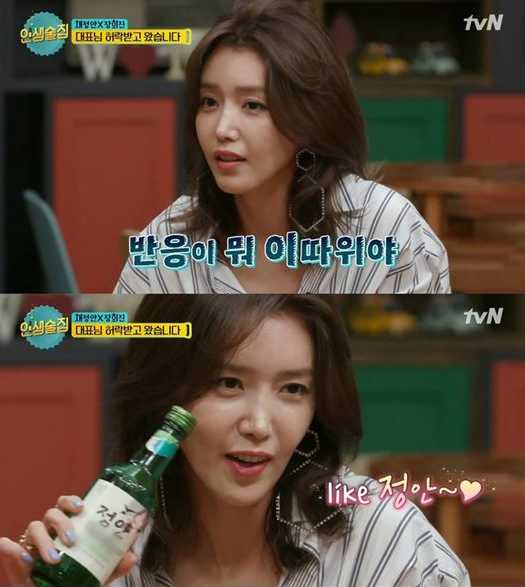 For the longest time, Chae Jung-an had the "mysterious concept" directed by her agency, to keep the graceful actress image, but as she have put that concept down, now I see why Shin Dong-yup said she is a crazy girl. Also, it is told that she have been nagging her agency to appear on the "life Bar" show for over a year. 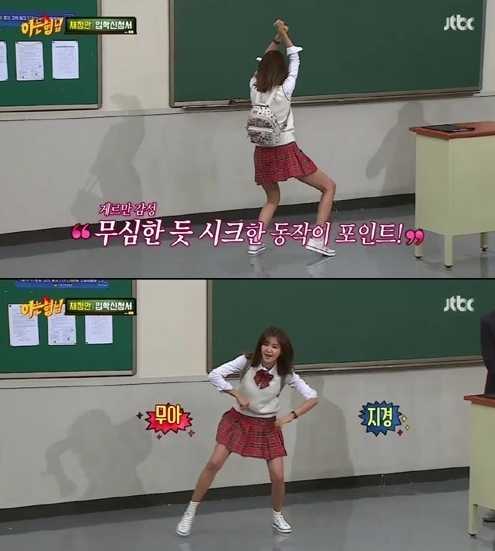 Few weeks ago, when she appeared on another talk variety show, "Knowing Brothers", she flaunted her comical points as she presented the legendary Berlin dance (as she named it herself). 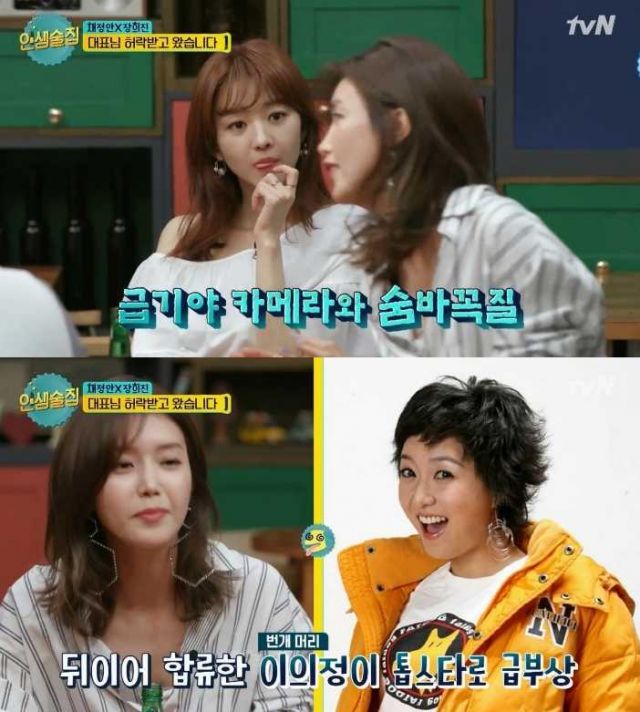 She's always been a little shy, but in front of the camera, when she needs to be an actress, she is the best actress any director can ask for! 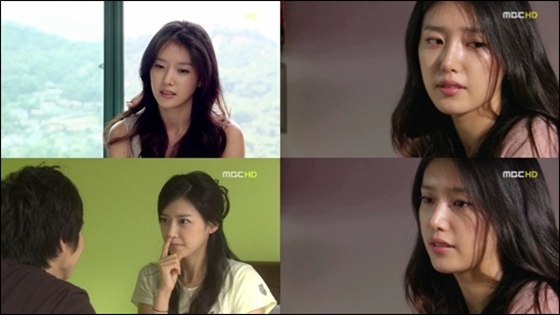 And one day, she meets her life character, Han Yoo-joo from the drama, "Coffee Prince". (Yes, it's the same person who danced Berlin dance above.) 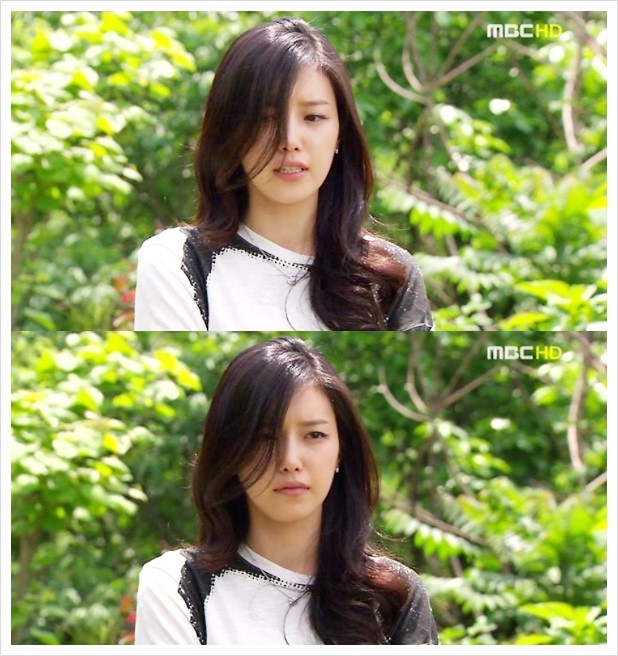 She said her character Han Yoo-joo was 180 degrees different from her normal self. Her beauty was at the highest peak in this drama though, she have that goddess atmosphere down. 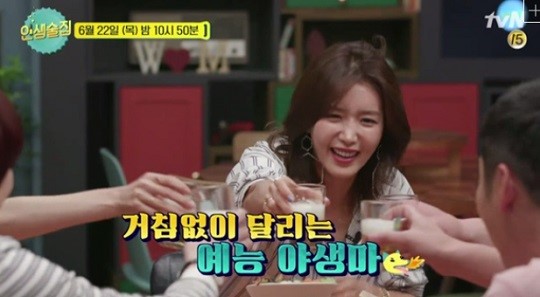 We are glad to see the real Chae Jung-an behind the image her agency have built up all these years and we hope to see her more in many different shows!

"Actress Chae Jung-an Reveals Her True Self"
by HanCinema is licensed under a Creative Commons Attribution-Share Alike 3.0 Unported License.