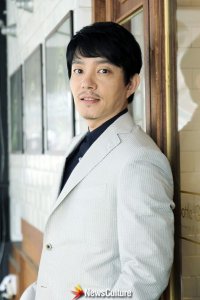 Lee's wife, 14 years younger than him, is an English interpreter for international conferences and an English columnist having worked as an announcer on MBC in Chuncheon, Gangwon Province and OBS based in Gyeonggi Province.

The couple first met when she taught him English in 2008. She also taught singer Rain for four months.

The actor recently garnered popularity in hit television dramas "Surgeon Bong Dal-hee" (2007) as a charismatic surgeon and "On Air" (2008) as a manager of a top star and is currently appearing in SBS drama "Giant".

The actor previously married in 2003 but got divorced four months later.

"Actor Lee marries English interpreter"
by HanCinema is licensed under a Creative Commons Attribution-Share Alike 3.0 Unported License.
Based on a work from this source