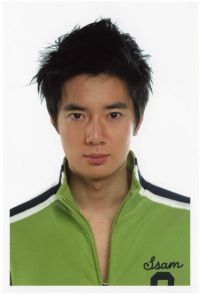 Actor Kim Tae-ho-I died in a motorcycle accident Thursday morning. He was 30.

The former model was driving toward Chuncheon, Gangwon Province, when he crashed into a truck that was parked near the road.

"We were heading to Chuncheon to have lunch after leaving Seoul and stopping by the Soyang Dam", his fellow motorcycle club members told the police.

According to police, Kim's driving license was revoked due to penalty points until Aug. 1.

Kim is the latest in a long line of celebrities who have died in motorcycle accidents. Kim Min-soo, a member of pop group Monday Kiz, passed away last April when he crashed into a tree, while model-turned-actor Lee Eon ("Coffee Prince", MBC) also died in August the same year.

Kang Won-rae, member of pop group Clon, was injured in a motorcycle accident in 2000. The popular dancer/singer was left paralyzed from the waist down.

"Actor Kim Dies in Motorcycle Accident"
by HanCinema is licensed under a Creative Commons Attribution-Share Alike 3.0 Unported License.
Based on a work from this source