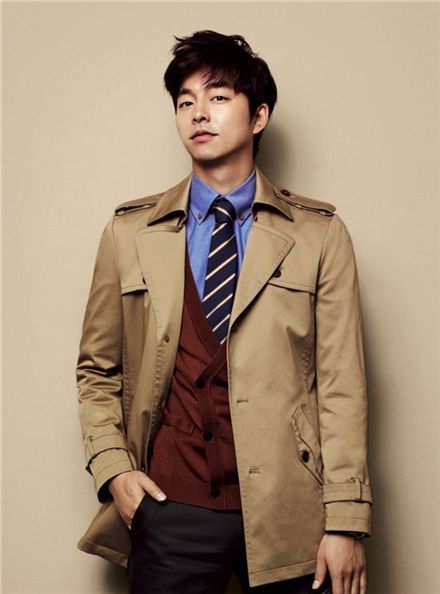 Actor Gong Yoo plans to hold a fan meeting in Japan this week, according to his agency N.O.A. Entertainment on Thursday.

N.O.A announced today that Gong will meet with fans through a meet-and-greet titled "Love Song for You" in Osaka and Yokohama on December 3 and December 5, respectively.

Some 3,000 fans are expected to turn up at the main hall of Osaka's International Convention Center and another 10,000 at Yokohama's Arena Hall.

At the event to be held in the format of a live concert, Gong will sing a total of eight new songs, three of them in Japanese.

One of the songs will be "First Love For The Second Time", the theme song to Gong's latest film "Finding Mr. Destiny" (2010), which is his first film since being discharged from his two-year mandatory military service in December of last year.

An official at N.O.A. explained that he has been working on his Japanese and band skills for months now for the fan meeting.

Gong had visited Japan four months ago to promote his hit MBC drama "Coffee Prince" (2007) which went on air in Korea three years ago but was recently broadcast on Japan's Fuji TV.

Since then he has appeared in more than a handful of dramas and movies including "My Tutor Friend", "S Diary", and "She's on Duty" and "Biscuit Teacher And Star Candy" (2005).

He is currently busy promoting his latest film "Finding Mr. Destiny" with actress Lim Soo-jung which will open in theaters on December 9.

"Actor Gong Yoo to hold fan meeting in Japan "
by HanCinema is licensed under a Creative Commons Attribution-Share Alike 3.0 Unported License.
Based on a work from this source