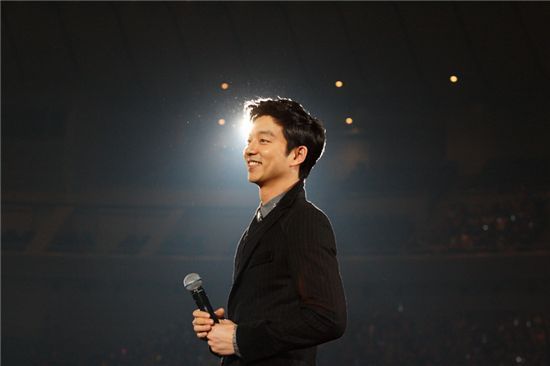 Gong Yoo at his fan meeting in Japan [N.O.A. Entertainment]

Over 15,000 fans showed up at actor Gong Yoo's fan meeting held in Japan over the weekend, according to his agency N.O.A. Entertainment on Monday.

N.O.A. announced in press release today that actor Gong's fan meetings held at the International Convention Hall in Osaka on December 3 and Arena Hall in Yokohama, was attended by over 15,000 fans from not only Japan but also from those who flew from China, Taiwan and Hong Kong.

N.O.A. explained that Gong's fans increased significantly in terms of number thanks to his previous fan meetings in Japan in February and August this year.

During the first part of the meeting, Gong told his fans how he has been since being discharged from the military and numerous incidents surrounding his comeback film "Finding Mr. Destiny", which was shot in India

He also played the host to a quiz game and Q&A session while taking part in game where he grants his fan their wishes.

The second part of the fan meeting began with Gong playing the piano followed by a live mini-concert in which he sang six songs, two of them the theme songs to "Finding Mr. Destiny", and others specially composed for the occasion by well known musicians from both Korea and Japan.

The event was covered by over 50 major media outlets as well as record companies and advertising companies in Japan.

Gong Yoo, whose real name is Gong Ji-cheol, debuted with a role in KBS' TV series "School 4" in 2001 and since then, has appeared in more than a handful of dramas and movies including "My Tutor Friend", "S Diary", and "She's on Duty" and "Biscuit Teacher And Star Candy" (2005).

His most recent hit drama "Coffee Prince" (2007) which he starred in just before his two-year mandatory military service was broadcasted on Japan's Fuji TV this summer. 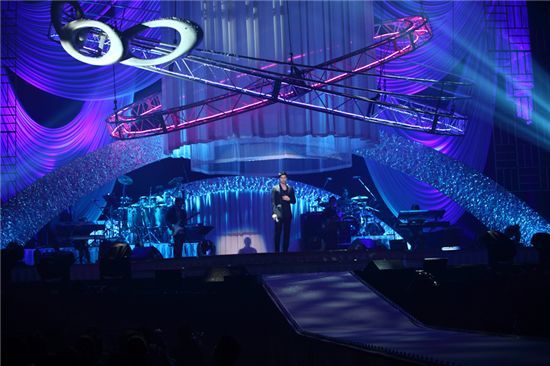 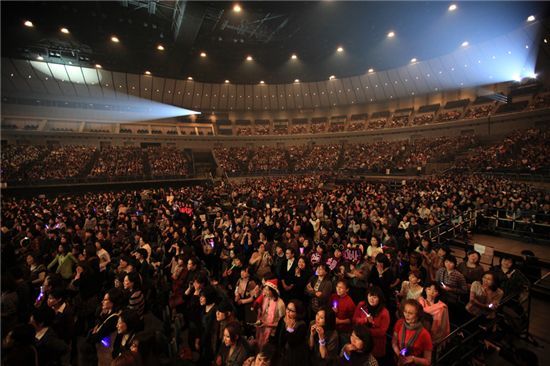 "Actor Gong Yoo meets with fans in Japan "
by HanCinema is licensed under a Creative Commons Attribution-Share Alike 3.0 Unported License.
Based on a work from this source