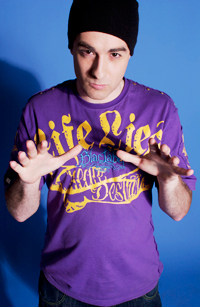 Day's fast-paced performance earned the praise of several of his idols, including 2PM member Nick Hun, and Outsider himself.

"San Chu of the rap group Mighty Mouth said he was amazed that I did what I did, because it is incredibly difficult for Korean rappers to do the song", said Day. "That was an important moment for me. Moments like that help me stay positive".

These days, Day is gearing up for SBS's K-pop Star, a survival style competition program where he will face his greatest challenge yet. He was chosen from tens of thousands of contestants worldwide to appear in front of such luminary judges as Park Jin-young, the CEO of YG Entertainment, and his long-time idol BoA. The show is set to air in January.

Despite Day's success thus far, the Korean entertainment industry can be challenging for foreigners. In 2010, the Ministry of Justice reported an 8 percent increase in foreign residency. Occidental influences can be seen in cuisine and fashion, and the faces one passes on many metropolitan streets show increasing diversity. Though many Koreans accept and even welcome globalization, the changing face of the nation has inspired "anti-multiculturalism" communities online. Such groups have nudged policy-makers to address what they see as a threat to authentic Korean style. The domestic music industry remains one area where foreign influence, and foreigners themselves, have not made many inroads.

"There's never been a non-Asian person to be famous in the music industry in Korea", says Day. "My goal is to be among the first".

Day's journey to Asia began while he was studying in Vancouver, Canada. Having learned the lyrics to a few Asian rap songs, he posted a video of himself rapping in Korean on the Internet. The video was a hit. Encouraged by a supportive circle of Asian exchange students and friends, Day moved to China.

"I learned Chinese, and was selected for a TV program that was touring from Inner Mongolia to Tibet and all around the country".

A documentary about Day's work in Beijing followed, along with numerous small rap appearances in Beijing. Then one day, an email arrived that would change the direction of his life.

"In 2009, I was working in Beijing, and I got an email from the people at Star King inviting me to audition. I dropped everything and called mom and dad", he said.

"When I arrived, I decided I was going to stay regardless of what happened. My beginning goal was to succeed in Asia as a whole, and the reach of Korean entertainment is colossal".

Day describes his first audition with Star King as a failure, but credited the experience with providing him with direction.

"I think I failed because I couldn't speak any Korean, my pronunciation was poor, and I only knew one song. Afterward, I made it my main goal to get on the show".

How does he fit into the K-pop scene? Day feels he generally doesn't.

"I don't think any foreigner really truly fits in, but I'm OK with that. The reality is, Koreans listen to 85 percent domestic music and watch 85 percent domestic television. Most of Asia is wild about Korean music and TV, but Koreans love their entertainers, and they fuel the commercial industry", he added, also noting that the ominous mergence of music and advertising is his one gripe with K-pop.

"It isn't so blatant in the West", he said. "I think it hurts the music in a way, this mass endorsement. A new phone may be coming out, and a group like Girls Generation makes a song about it...it's become a focus. I don't believe the artist necessarily gets a choice in the endorsement, and it's a necessary evil because nobody buys music these days".

To illustrate his point, he gestured at the soju and beer ads plastered on the walls of the galbi restaurant where this interview took place; nearly every poster featured a K-pop star.

Day's tenacity would finally pay off this fall when he won 3rd place on the KBS Chuseok competition show "Cheong Guk Nore Jarang".

Shortly after, he was invited to audition for K-POP STAR and received the big news.

Kelly Frances is a contributing writer.

"A new Day dawns for K-pop: Canadian rapper sings Korean lyrics"
by HanCinema is licensed under a Creative Commons Attribution-Share Alike 3.0 Unported License.
Based on a work from this source