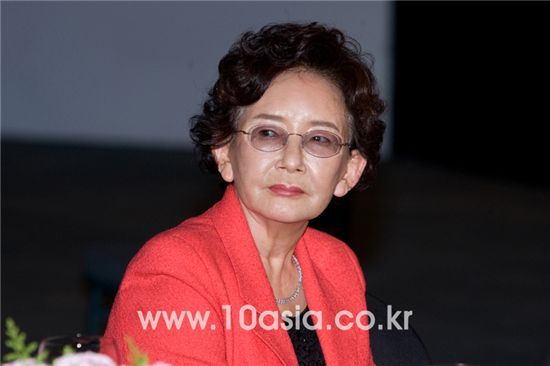 It is still Kim Su-hyun. Her SBS TV series "Life is Beautiful" may have seen slightly lower ratings than her previous works and the various controversies surrounding the show for the fact that it dealt with homosexuality, one of the hottest issues of debate in Korean society, may have left little space for it to be evaluated properly. But paradoxically, this showed that Kim, who has been a symbol in Korean TV writing history for over 40 years now, is "proof that she, headed into her seventies, still makes dramas that have an actual impact on reality, are controversial, and are real". (Yoonina) Kim, who in the past had "tried as best as she can to understand and find the answers to various propositions existing within the realistic structure of Korea's traditionally patriarchal system including the clashing of values (MBC "What Is Love"), generational gap (KBS' "The Bathhouse") and middle-aged women discovering their selves (KBS' "Mom's Dead Upset")", (Lee Seung-han) "used the power she holds as a writer, accumulated throughout her entire career, in the most meaningful way" (Choi Ji-eun) in "Life is Beautiful" by accepting the fact that the issue of sexual minorities is just another 'difference' that can be resolved within a household. Her method of accepting every issue with rationality and resolving each one through conversation and debate "is sometimes stifling because of how overly idealistic families seem" (Lee Ga-on) and at moments there was space for improvement on how she describes the younger generation but one cannot help but sincerely agree to the confession that "it is unimaginable to think of life without writer Kim Su-hyun". (Jung Seok-hee)

No Ji-seol of SBS "Doctor Champ"
Kang Myoung-seok/Reporter A consolation to those who make a living by working day and night. This story about how adults mature, does well in mixing a drama about romance with a drama about the workplace while it also shines for the simple yet sincere thought regarding life put into it.
Jang Kyung-jin/Reporter With a story that could have easily turned ideological and fantasy-like, the writer has each and every character experience meager and general emotions to make it seem like the story is about me.

Seo Sook-hyang of MBC "Pasta"
Kim Kyo-suk/Critic 'Trashy' dramas dominate the small screen these days but every character in "Pasta" was pleasant although based on common sense. I look forward to her next project in the sense that she was able to show a main female character who is not the typical Cinderella or nothing-can-bring-me-down type and told of a romantic comedy drama that was not childish.
Lee Ji-hye/Reporter Different from expectations that it would only go as far as talking about romance in the kitchen, the drama depicted on the average romantic relationship which maintained a warmth by slowly accumulating on memories instead of being plastered with tragedy and setbacks.

Oh Seon-hyeong, Jeong Do-yoon of KBS "Grudge: The Revolt of Gumiho"
Beck Una/Editor-in-Chief While retaining its role as the kind storyteller, Oh and Jung's writing went by the standard method of writing to give the realization that in the end, it is the viewers and critics who own a drama.
Cho Ji-young/TV Critic A sadness was able to be drawn from the cliche exterior that horror stories take on and reflected on coexistence and the rights of minorities, as well as being different, while calling attention to now and here.

Jung Ha-yeon of MBC "Flame of Desire"
Yoon Hee-seong/Reporter Kim Su-hyun taught us how to forgive. But Jung Ha-yeon makes us understand those who you think you may never be able to forgive. The depth at which she reveals the hideousness of capitalists, her imagination which chases after the mind of humans whose souls have become encroached with uneasiness, and her technique of amplifying on tension merely with dialogue, shows the level of expertise she has reached through experience. That is why the viewer may feel uncomfortable, but that is what literature is about.

Cheon Seong-il of KBS "The Slave Hunters"
Wee Geun-woo/Reporter A depiction on men who face off the world physically in times when not even the most rational questions were allowed to be asked. The desperateness, more than anything, was felt straight at the heart. 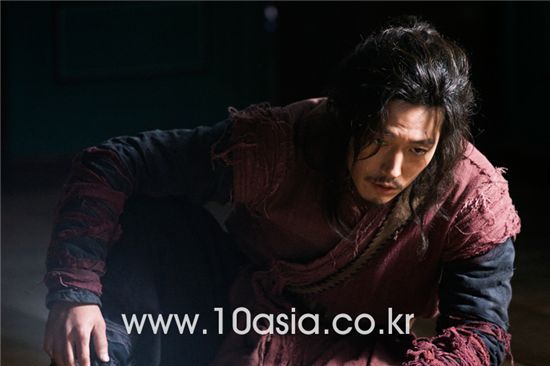 KBS TV series "The Slave Hunters" was director Kwak Jeong-hwan and writer Cheon Seong-il's drama as well as the drama of Lee Dae-gil who was perfected through actor Jang Hyuk's body. In "The Slave Hunters", Jang Hyuk "simultaneously showed spectacular scenes from afar and pathos up-close while also doing quite a good job with the romantic and witty elements. He created the action sequences by moving about on the screen diligently and established the drama through deeply thought-up expressions. But Dae-gil moved in a way that can only come from living experience and his face shone with his instincts". (Yoon Hee-seong) Jang Hyuk, who "is a brilliant action star in that he approached us -- used to seeing action scenes where the main character alone, while wearing a suit, will fight several gangsters at an empty warehouse -- with the very rawness that was seen in his image in 'The Slave Hunters'", (Kim Kyo-seok) was "the very style 'The Slave Hunters" was, beyond him acting the role of Dae-gil" (Kang Myoung-seok) and "an actor who seemed to have embraced the drama's large and complex layout". More than anything, "an actor who works hard is a good actor but an actor who acts out his character perfectly enough to rid the traces of the efforts he made to play his role is a great actor" (Yoon Hee-seong) and that was who Jang Hyuk was. He just was Dae-gil.

Kim So-yeon
Jang Kyung-jin/Reporter The Ma Hye-ri in "Prosecutor Princess" could have easily come off as a highly unrealistic character but Kim turned her into a character that one simply cannot hate by using the details about her as her weapon and she moved a step forward in "Doctor Champ" as the Kim Yeon-woo who is exhausted from everyday life.
Lee Ga-on/Reporter While last year's "IRIS" signaled the fact that Kim So-yeon will see the second height of her career, "Prosecutor Princess" and "Doctor Champ" were dramas that proved it did not come about by chance.

Park Yoo-chun, Park Min-young, Yoo Ah-in, Song Joong-ki
Jung Suk-hee/Columnist Such a heartwarming combination could not have come about had even one person failed to harmonize with the others but the four dispelled all concerns by putting up a good fight. If I had to pick one person, it would be Park Yoo-chun who showed a surprisingly high level of focus in his role despite the various unfavorable situations he was met with.
Choi Ji-eun Their synergy cannot be described merely by the phrase 'The F4 of the Joseon era'. In the Korean drama industry where there is increasingly less opportunities for younger actors to take on new challenges, the perfect harmony and growth that these four showed on the screen was a breath of fresh air and showed youth's most shining moment.

Yoon Si-yoon
Yoonina/TV Critic In the year 2010 where not a single drama can be represented by a single actor, Yoon Si-yoon is one of the few who will be remembered for a drama not by his actual name but his character which is worth more than the award for best new actor he may win at a year-end awards ceremony.

Gong Hyo-jin
Lee Ji-hye/Reporter She was silent yet strong. Of all the main female characters who are troublesome, behave tactlessly, or are passive, who else could have portrayed the average working and maturing woman in such a loveable way?

Kim Yoo-jung
Kim Sun-young/TV Critic While appearing actively in a number of dramas this year, Kim played a different type of person with each and every role. Through "Grudge: The Revolt of Gumiho", she marked a new era in child acting by successfully playing her part as the mature main character who tells of the theme while pulling off the melodramatical element to the story. She then reaffirmed her strong presence by pulling off two roles -- the younger versions of actress Shin Eun-kyung and Seo Woo's characters -- in "Flame of Desire".

Shin Min-ah
Kim Kyo-suk/TV Critic The reason I picked her as actor of the year is not that her acting has reached a height but because I finally know who she is. She has gone from being a celebrity with a mere 'image' to an actress who has succeeded in displaying her appeal on camera. This single fact will be the reason that many viewers will be looking forward to her next project.

"[2010 10Asia's Awards] Writer & Actor of the Year"
by HanCinema is licensed under a Creative Commons Attribution-Share Alike 3.0 Unported License.
Based on a work from this source