'The Queen's Flower' Kim Sung-ryung, "My teen age son is still only interested in Park Shin-hye" 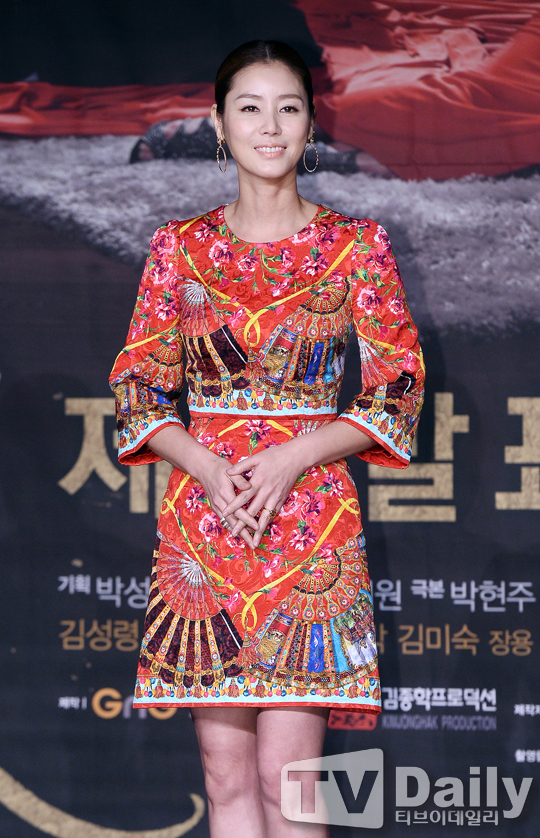 "The Queen's Flower" Kim Sung-ryung shared her two sons' reaction about her appearance in drama.

Kim Sung-ryung talked about her son's reaction after she took on the leading role, Rena Jeong in "The Queen's Flower", "He is in second grade in middle school now, which is a scary stage for parents as people say. He's still only interested in Park Shin-hye and he doesn't care about mom".

Kim Sung-ryung said, "I'll be able to get his reaction after the first episode. My husgand made children aware mom took on the leading role so they know".

"The Queen's Flower" depicts intense events a woman gets to experience after she meets her daughter abandoned by herself, while she only believes a happiness is to become successful regardless of the methods because she herself spent unprotected childhood and betrayed by love in adulthood. It will premiere on March 14th.

"'The Queen's Flower' Kim Sung-ryung, "My teen age son is still only interested in Park Shin-hye""
by HanCinema is licensed under a Creative Commons Attribution-Share Alike 3.0 Unported License.
Based on a work from this source