'Signal' actor Lee Je-hoon says, "I forgot all of my lines as soon as I saw Kim Hye-soo's face. My heart was pounding" 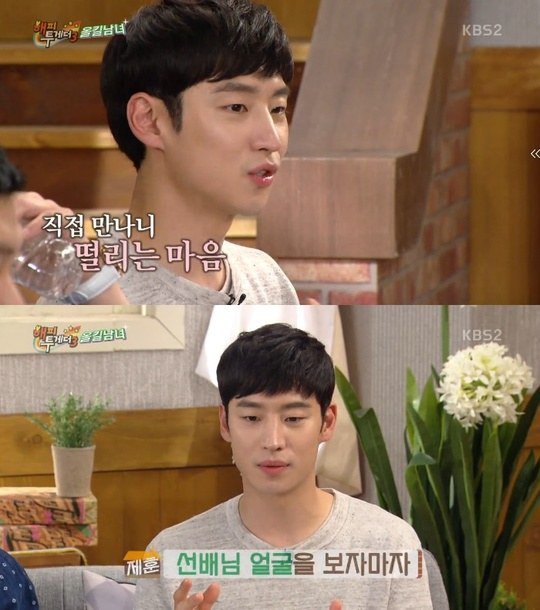 Lee Je-hoon said, "I forgot all of my lines as soon as I saw Kim Hye-soo's face".

Lee Je-hoon appeared on the episode of KBS 2TV's 'Happy Together 3' on May 5th and mentioned about his sunbae actress, Kim Hye-soo, who had co-starred in tvN's hit drama, "Signal".

Lee Je-hoon said, "I've always been thinking Kim Hye-soo is an attractive and charismatic actress since I was little. I became to respect her more while filming "Signal" with her".

He also said, "As soon as I looked at her face, I forgot all of my lines. I was so embarrassed and had to collect my mind to play my part. I was so nervous that my heart was pounding. She was so friendly and made me feel comfortable, asking me 'Darling, why did you forget everything'. When I saw her being considerate and encouraging for the partner actor, I thought this is what makes a difference about an actress who has been being loved for a long time".

"'Signal' actor Lee Je-hoon says, "I forgot all of my lines as soon as I saw Kim Hye-soo's face. My heart was pounding" "
by HanCinema is licensed under a Creative Commons Attribution-Share Alike 3.0 Unported License.
Based on a work from this source